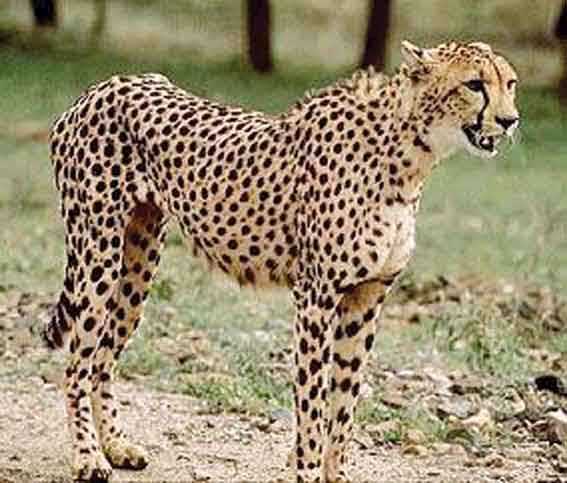 Five cheetah cubs were born on May 28, 2011 to 6-year-old Amani at the Smithsonian Conservation Biology Institute in Front Royal, Virginia. Amani is a dedicated mother according to keepers, who have observed her nursing and grooming the cubs. This litter is particularly significant to the Association of Zoos and Aquariums’ Species Survival Plan for cheetahs because cheetah births in zoos across the country have dwindled. The SSP matches animals across the country to ensure genetic diversity in the population. This is the only litter of cheetahs born this year in a North American zoo. Cheetah experts recently met to discuss dramatic management changes to bolster the population, recommending that cheetahs that are genetically valuable and of reproductive age be moved to one of nine breeding centers—eight in the United States and one in Canada. This will give the animals more space and mating options, increasing the odds of successful reproduction. “We are very excited that Amani had such a large litter of cubs this time,” said Adrienne Crosier, SCBI cheetah biologist. “These cubs are very significant for the future of the population, and each birth gives us an opportunity to learn more about cheetah biology and how females raise their young.” The mortality rate for cheetah cubs in human care is 20 percent during the first six months, compared to a mortality rate of up to 70 percent in the wild population in east Africa. Keepers will continue to monitor the newborns. In addition to the litters born at SCBI in Front Royal, two litters of cheetahs have been born at the Zoo’s Washington, D.C. facility since 2004. SCBI is one of five centers participating in research to boost the captive cheetah population as part of the Conservation Centers for Species Survival, also known as C2S2.
Login Or Register To Read Full Story
Login Register