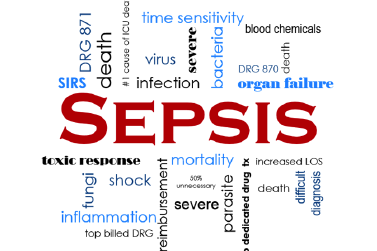 Twice as many people as previously believed are dying of sepsis worldwide, according to an analysis published in the January 18, 2020 issue of The Lancet and announced at the Critical Care Reviews annual meeting in Belfast, Ireland (https://healthmanagement.org/c/icu/event/critical-care-reviews-meeting-2020). The Lancet open-access article is titled “Global, Regional, and National Sepsis Incidence and Mortality, 1990–2017: Analysis for the Global Burden of Disease Study.” Among those dying are a disproportionately high number of children in poor areas. Led by researchers at the University of Pittsburgh (Pitt) and University of Washington schools of medicine, the study revealed 48.9 million global cases of sepsis in 2017 and 11 million deaths, representing 1 in 5 deaths worldwide. Sepsis occurs when a person's organs cease to function properly as the result of an out-of-control immune response to infection. Even if sepsis doesn't kill its victims, it can create lifelong disabilities in survivors. The large majority of sepsis cases -- 85% in 2017 -- occurred in low- or middle-income countries. The highest burden was found in sub-Saharan Africa, the South Pacific islands near Australia, and South, East, and Southeast Asia. Sepsis incidence was higher among females than males. By age, the incidence of sepsis peaks in early childhood, with more than 40% of all cases occurring in children under 5. "I've worked in rural Uganda, and sepsis is what we saw every single day. Watching a baby die of a disease that could have been prevented with basic public health measures really sticks with you," said lead author Kristina E. Rudd, MD, MPH, Assistant Professor in Pitt's Department of Critical Care Medicine. "I want to contribute to solving this tragedy, so I participate in research on sepsis.
Login Or Register To Read Full Story
Login Register