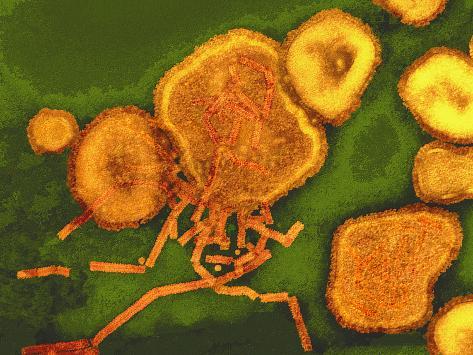 A research group at Hiroshima University in Japan has demonstrated the mechanism by which the rodent-infecting Sendai virus escapes attack by the rodent innate immune system. The researchers examined the crystal structure of the complex of Sendai virus C protein and rodent transcription factor STAT1, and found that the Sendai C protein inhibits STAT1 activation by the signal transduction pathway of interferon-gamma. This discovery will allow the design of drugs that can be used to overcome and recover from damage caused by inhibition of the interferon signal transduction pathway as the drugs can be designed to inhibit the binding between C protein and STAT1. The results were published online on September 2, 2015 in the Journal of Virology. The article is titled “Structural Basis of the Inhibition of STAT1 Activity by Sendai Virus C Protein.” Researchers are now trying to screen low-molecular-weight compounds to identify promising candidates for the development of new anti-viral drugs. Sendai virus, a prototype of the paramyxoviridae family, causes respiratory diseases in rodents. The paramyxoviridae family includes viruses that cause important diseases in humans and animals, such as measles virus, mumps virus, human parainfluenza virus, human respiratory syncytial virus, canine distemper virus, Newcastle disease virus, and Nipah virus. Sendai virus has unique C proteins. These C proteins are essential for efficient viral replication in cells and animals, as well as for causing diseases. Sendai virus C proteins were previously reported to obstruct STAT1 activation after interferon stimulation, but it remained unclear as to how C proteins bind and affect STAT1 and inhibit transcriptional activation.
Login Or Register To Read Full Story
Login Register