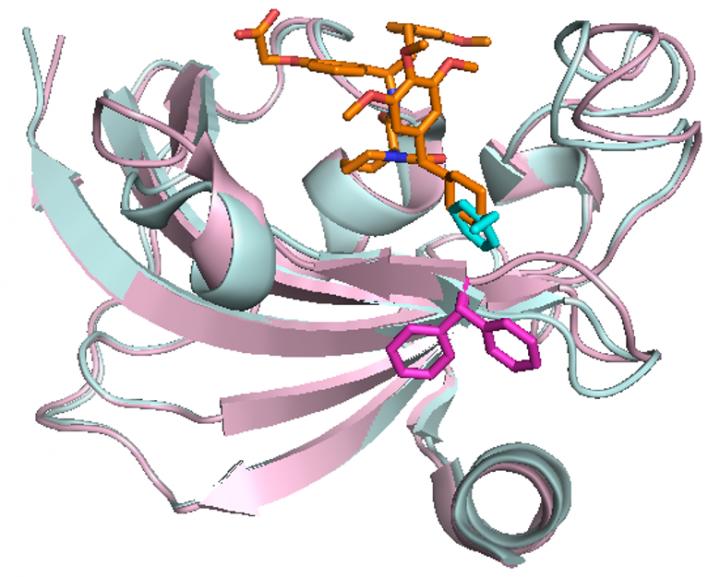 Major depression, obesity, and chronic pain are all linked to the effects of one protein, called "FK506-binding protein 51" (FKBP51). Until now, efforts to inhibit this target have been hampered by the difficulty of finding something specific enough to do the job and not affect similar proteins. Now, a research group has developed a highly selective compound that can effectively block FKBP51 in mice, relieving chronic pain and having positive effects on diet-induced obesity and mood. The new compound also could have applications in alcoholism and brain cancer. The researchers will present their results at the American Chemical Society (ACS) Spring 2019 National Meeting & Exposition in Orlando, Florida (March 31-April 4) (https://www.acs.org/content/acs/en/meetings/national-meeting.html). ACS, the world's largest scientific society, is holding its meeting in Orlando through Thursday, April 4. The meeting features nearly 13,000 presentations on a wide range of science topics. The presentation is titled “Selective FKBP51 Inhibitors Enabled by Transient Pocket Binding” (https://plan.core-apps.com/acsorlando2019/abstract/a32c347b-962f-4303-b8f5-b3fc95e0ca50). "The FKBP51 protein plays an important role in depression, obesity, diabetes, and chronic pain states," says Felix Hausch, PhD, the project's principal investigator. "We developed the first highly potent, highly selective FKBP51 inhibitor, called SAFit2, which is now being tested in mice. Inhibition of FKBP51 could thus be a new therapeutic option to treat all of these conditions." Dr. Hausch, who is at the Technical University of Darmstadt, in Germany, started the project when studies were published linking the protein to depression. "I was intrigued by the peculiar regulatory role it seemed to play in cells," he says.
Login Or Register To Read Full Story
Login Register