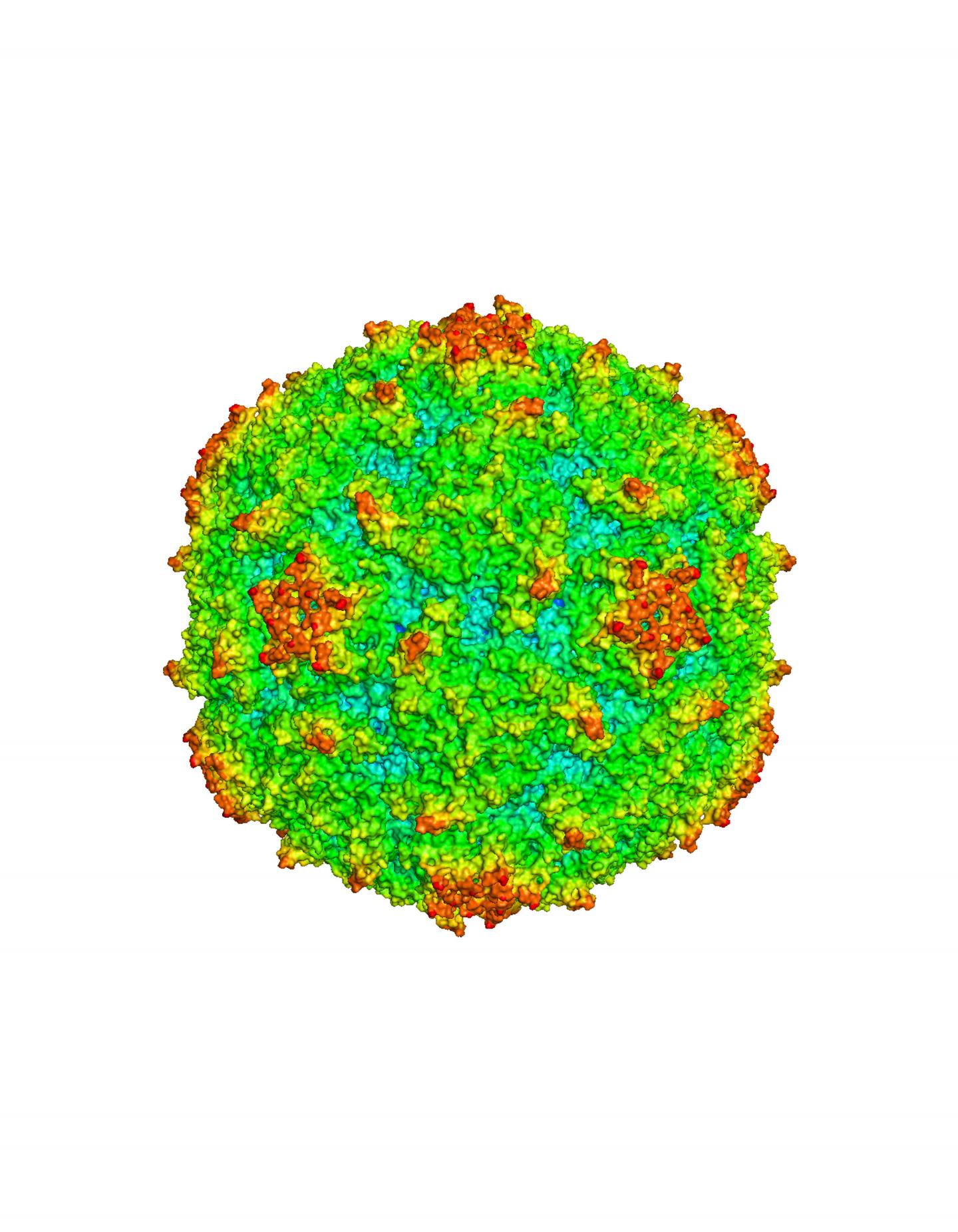 Scientists from the UK and the USA are using technology that helped in the design of a new synthetic vaccine to combat the foot-and-mouth-disease virus (FMDV) to now target the virus that causes polio. The synthetic vaccine that is currently being engineered in collaboration with Professor Dave Rowlands at the University of Leeds would provide a powerful weapon in the fight to rid the world of polio. This project is being funded by a £438,000 grant from the World Health Organization (WHO) and the Bill & Melinda Gates Foundation (http://www.gatesfoundation.org/). The research team's hope is to create a vaccine that does not contain the viral genome, but instead “mimics” the structure of the live virus. Such a vaccine would be quicker, easier, and safer to produce. Even after the apparent global elimination of poliomyelitis, it will be necessary to continue vaccination as a precaution against re-introduction of the polio virus from hidden sources, such as rare chronically infected carriers. A synthetic vaccine would fulfil this role without the inherent danger of accidental release of virus associated with the production of current vaccines. Eventually, such vaccines could pave the way to completely eliminating the necessity to vaccinate.
Login Or Register To Read Full Story
Login Register