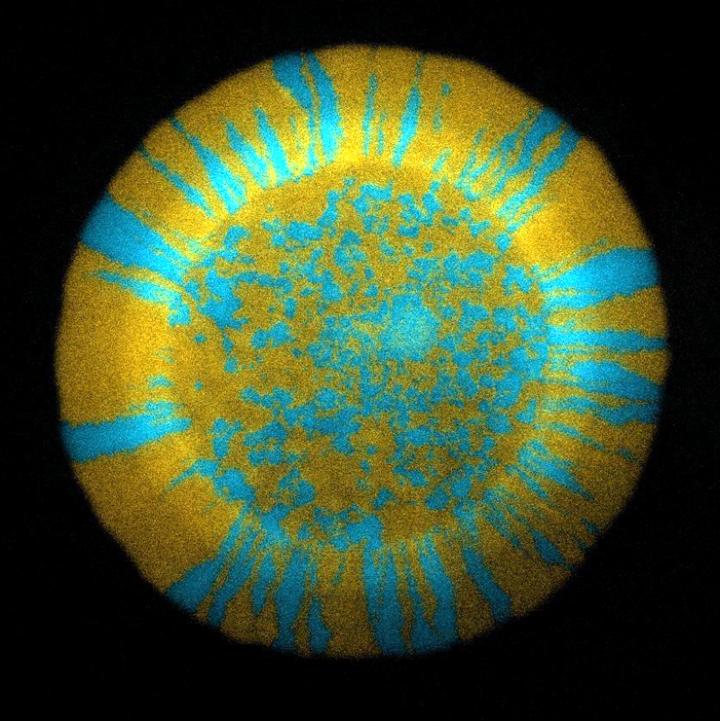 A research team led by Dr. Karina Xavier at the Instituto Gulbenkian de Ciência (IGC, Portugal) has shown that bacteria living in the intestine both talk and listen to each other. Using small molecules in place of words, these microbial conversations changed the numbers of certain species of bacteria in the gut and started to repair the huge damage caused by lasting antibiotic treatment. These findings were published online on March 18, 2015 in an open-access article in Cell Reports. The same article will be published in the next print issue of Cell Reports and, because of its significance, will be highlighted on the journal's cover. The articles highlights the potential of using bacteria’s own language to communicate with, control, and exploit the multitude of microbes that live inside of the human gut. The article is titled “Manipulation of the Quorum-Sensing Signal AI-2 Affects the Antibiotic-Treated Gut Microbiota.” Bacteria were long seen as predominantly harmful organisms, responsible for many illnesses across the world. This picture has been changing over the last ten years. Scientists are now reporting many beneficial characteristics of certain bacterial species, particularly those living inside human bodies, in particular in the intestine. These microbes can be seen as tiny lodgers in the gut, helping the body to get the most out of ingested food and protecting from opportunistic invaders that cause disease. "When we lose some of these lodgers: by taking antibiotics or changing our diet, for example, the resulting imbalance in the community of bacteria can leave us at risk of infection, inflammatory bowel disease, obesity, or cancer," explains Dr. Xavier. Therefore, scientists like herself are keen to understand how these bacteria interact, and then use this knowledge to benefit human health.
Login Or Register To Read Full Story
Login Register