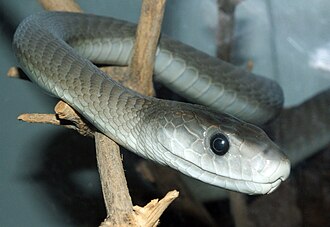 On October 2, 2018, IONTAS Limited, a leader in the discovery and optimization of fully human antibodies, today announced a collaborative paper published in Nature Communications1 with the Technical University of Denmark (DTU), and the Instituto Clodomiro Picado of the University of Costa Rica describing the development of a panel of human antibodies that neutralize elements of black mamba snake toxin in an in vivo model. The open-access article, published online on October 2, 2018, is titled “In Vivo Neutralization of Dendrotoxin-Mediated Neurotoxicity of Black Mamba Venom By Oligoclonal Human Igg Antibodies.” Each year, approximately two million people fall victim to snakebite envenoming, which leads to more than 100,000 deaths and approximately 400,000 cases of severe sequalae, such as amputation. Particularly, impoverished victims living in snake-infested areas of the tropics are at risk, and many bites are left untreated due to the unavailability of safe and effective antivenoms. Snakebite envenoming has recently been introduced on the World Health Organization’s list of neglected tropical diseases due to its high disease burden. The “proof of concept” research described in the Nature Communications article identified key components, including dendrotoxins, in the black mamba’s venom that contribute to venom toxicity. Human antibodies were generated to these dendrotoxins using IONTAS Phage Display Technology and cocktails of IgG-formatted human antibodies were then shown to protect mice from dendrotoxin-mediated neurotoxicity in vivo.
Login Or Register To Read Full Story
Login Register