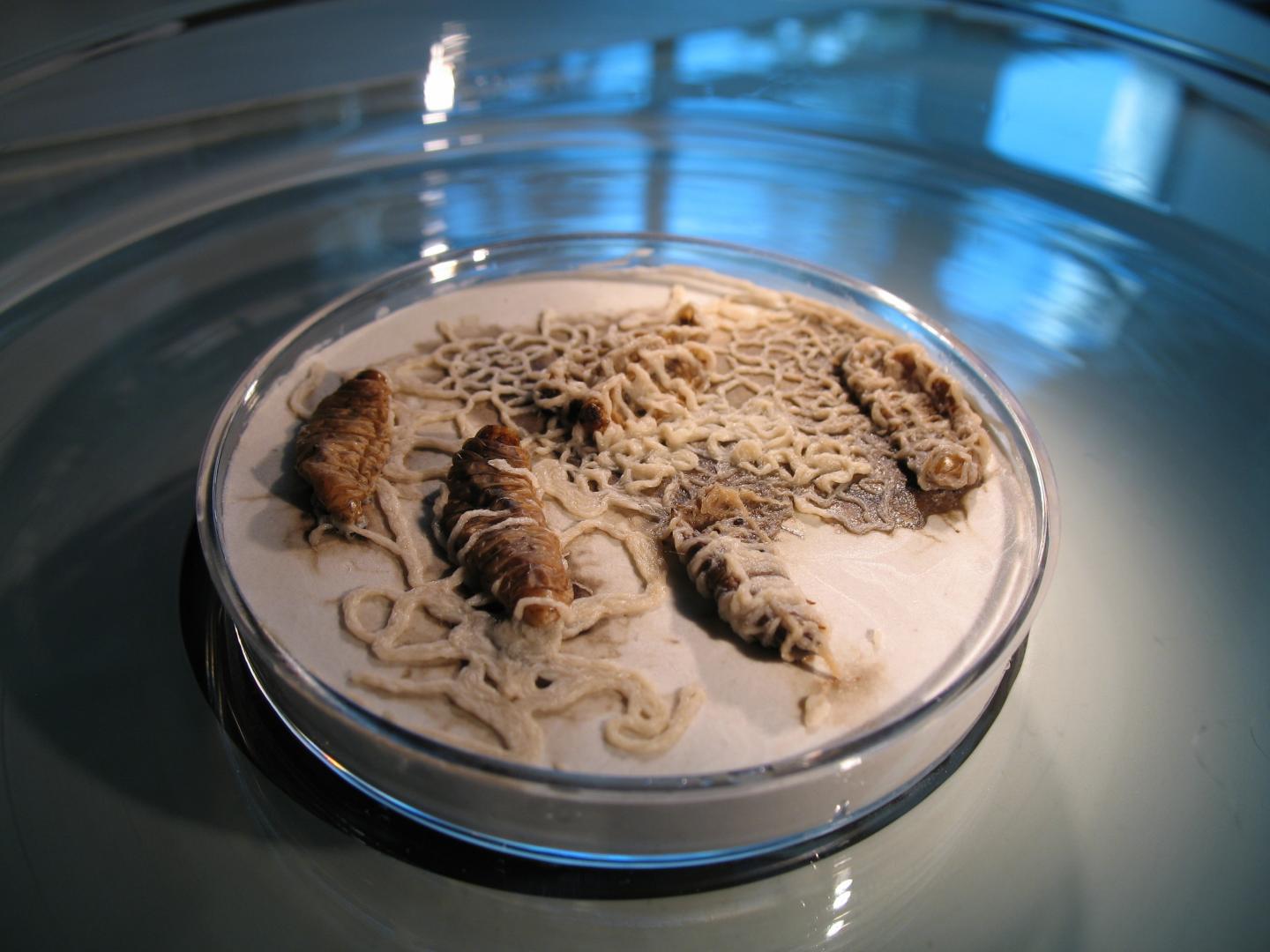 Many nematodes (worms) have specialized as pathogens, including those that serve as deadly insect-attacking parasites, making them effective biocontrol agents. Now, a research team led by a scientist at the University of California, Riverside (UCR) has sequenced the genomes of five nematodes, specifically, microscopic round worms likely to be involved in parasitism and widely used in agriculture as an organic pesticide. "In sequencing these particular nematodes we hoped to learn something about parasite biology and the evolution of nematodes in general," said Dr. Adler R. Dillman, the lead researcher and an Assistant Professor of Parasitology in the Department of Nematology at UCR. "Although these nematodes are widely used in biological control against agricultural insect pests, their efficacy in the field is limited. Now, with the genomic sequence we will be able to use this genetic information in efforts to improve the efficacy of these parasites to prevent insect damage of important crops." The study results were published online on September 21, 2015 in an open-access article in Genome Biology. The article is titled "Comparative Genomics of Steinernema Reveals Deeply Conserved Gene Regulatory Networks." The five nematodes - Steinernema carpocapsae, S. feltiae, S. glaseri, S. monticolum and S. scapterisci - are used both commercially and in home gardens, and are marketed as beneficial nematodes. Steinernema are considered insect pathogenic because they can rapidly kill an insect host. Dr. Dillman explained that his research team also learned more about gene regulation and the evolution of genomes in general as it compared the five sequences with those of other nematodes. "For example, Caenorhabditis elegans, better known as C. elegans, is the best known nematode in the world and is a heavily studied model organism," Dr.
Login Or Register To Read Full Story
Login Register