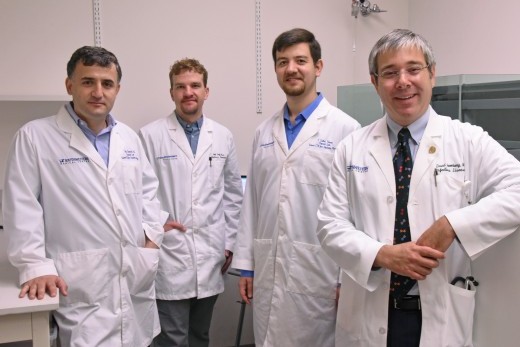 Researchers at the University of Texas (UT) Southwestern Medical Center have developed a strategy to overcome a key defense that drug-resistant bacteria use to fend off antibiotic attack. Antibiotic resistance has become a major public health problem– the CDC (Centers for Disease Control and Prevention) reports that more than 2 million illnesses are caused in the U.S. each year by antibiotic-resistant bacteria, resulting in 23,000 deaths. The study findings, published online on September 15, 2016 in the open-access journal PLOS Biology, describe how two UT Southwestern research teams created a synthetic compound that blocks a bacterial pump used to expel antibiotics. Bacteria that use these “efflux pumps” and that are treated with the new compound become sensitive to antibiotics that they were previously resistant to. The findings “potentially have huge implications for clinical infectious diseases,” said Dr. Trish Perl,” Chief of the Division of Infectious Diseases, Professor of Internal Medicine, and holder of the Jay P. Sanford Professorship in Infectious Diseases at UT Southwestern. Dr. Perl was not directly involved in this research. “In an era when antibiotic choices are increasingly limited because of resistance, and few new agents are being developed, this becomes a novel and exciting tool that needs to be explored.” The UTSW experiment focused on Escherichia coli (E. coli) and bacterial pathogens with genetically similar efflux pump complexes. E. coli belongs to a large family of bacteria, Enterobacteriaceae, which plays a major role in human disease and is becoming increasingly resistant to antibiotics.
Login Or Register To Read Full Story
Login Register