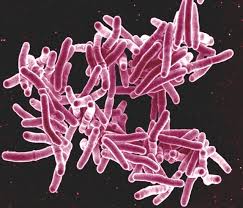 Tuberculosis is one of the top ten causes of death worldwide. Nearly 2 million people die every year from this infectious disease, and an estimated 2 billion people are chronically infected. The only vaccine, developed almost 100 years ago, offers limited protection and patients are becoming increasingly resistant to available drugs. Despite this significant impact on humankind, very little is known about how tuberculosis develops and spreads in the body. A group of researchers from the Gladstone Institutes, UC San Francisco (UCSF), and UC Berkeley used a systematic approach to get an entirely new look at the way tuberculosis infects people. Their study, published in the august 16, 2018 issue of Molecular Cell, uncovered interactions between tuberculosis and human proteins that could provide new approaches to combat infection. The article is titled “An Mtb-Human Protein-Protein Interaction Map Identifies a Switch Between Host Anti-Viral and Anti-Bacterial Responses.” "With a better understanding of the mechanisms used by tuberculosis to disrupt our immune response, we could eventually optimize vaccine strategies, as well as explore therapies to supplement antibiotics," said Nevan J. Krogan, PhD, Senior Investigator at the Gladstone Institutes and Director of the Quantitative Biosciences Institute at UCSF. Tuberculosis is a complex disease, given that it's caused by a mycobacterium made up of 4,000 genes, as compared to viruses that generally have 10 or 15 genes. During infection, these genes produce approximately 100 proteins inside human cells. But, until now, scientists knew virtually nothing about what these proteins do in the body. Dr. Krogan, along with his colleague Jeffery S.
Login Or Register To Read Full Story
Login Register