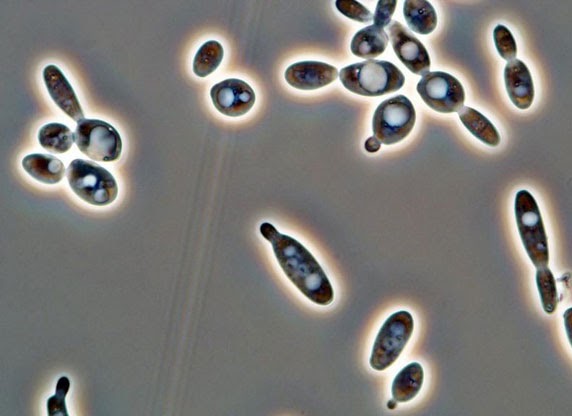 All but a few eukaryotes die without oxygen, and they respond dynamically to changes in the level of oxygen available to them. University College Dublin (UCD) scientists used genetic analysis to pinpoint an evolutionary switch in regulating response to low oxygen levels in fungi. One example of an ancient oxygen-requiring biochemical pathway in eukaryotes is the biosynthesis of sterols, producing cholesterol in animals and ergosterol in fungi. The mechanism regulating the sterol pathway is widely conserved between animals and fungi and centers on a protein family of transcription activators named the sterol regulatory element binding proteins (SREBPs), which form part of a sterol-sensing complex. However, in one group of fungi; the Saccharomycotina, which includes the model yeast Saccharomyces cerevisiae and the major pathogen Candida albicans, control of the sterol pathway has been taken over by an unrelated regulatory protein, Upc2. New research published in PLOS Genetics by UCD researchers, in collaboration with colleagues from AgroParisTech, France, and the University of Kansas, USA, used comparative genomic analysis to investigate the timing of the evolutionary switch from one regulatory mechanism to another; from SREBPs to Upc2. Led by Professor Geraldine Butler, UCD Conway Institute and UCD School of Biomolecular & Biomedical Science, the group found that one yeast species, Yarrowia lipolytica (image), is unique in that it contains both SREBP and Upc2 genes. Y. lipolytica is used in the biotechnology industry to produce lipids and lies at the base of the Saccharomycotina group. Using a mixture of genetic and biochemical analysis, the group showed that Upc2 is the main regulator of the hypoxic response in Y.
Login Or Register To Read Full Story
Login Register