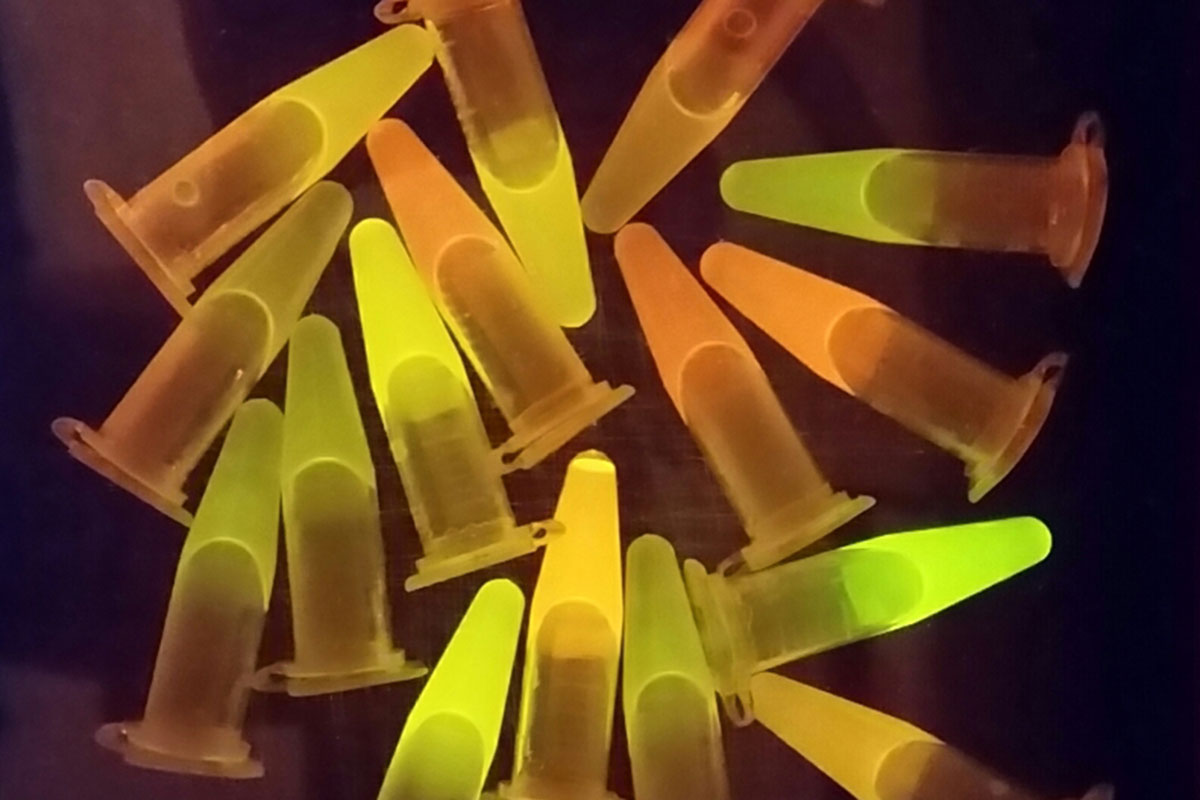 Medicines such as insulin for diabetes and clotting factors for hemophilia are hard to synthesize in the lab. Such drugs are based on therapeutic proteins, so scientists have engineered bacteria into tiny protein-making factories. But even with the help of bacteria or other cells, the process of producing proteins for medical or commercial applications is laborious and costly. Now, researchers at the Washington University School of Medicine in St. Louis have discovered a way to supercharge protein production up to a thousand-fold. The findings, published online on December 18, 2019 in Nature Communications, could help increase production and drive down costs of making certain protein-based drugs, vaccines, and diagnostics, as well as proteins used in the food, agriculture, biomaterials, bioenergy, and chemical industries. The open-access article is titled “A Short Translational Ramp Determines the Efficiency of Protein Synthesis.” “The process of producing proteins for medical or commercial applications can be complex, expensive, and time-consuming,” said Sergej Djuranovic, PhD, an Associate Professor of Cell Biology and Physiology and the study’s senior author. “If you can make each bacterium produce 10 times as much protein, you only need one-tenth the volume of bacteria to get the job done, which would cut costs tremendously. This technique works with all kinds of proteins because it’s a basic feature of the universal protein-synthesizing machinery.” Proteins are built from chains of amino acids hundreds of links long. Dr. Djuranovic and first author Manasvi Verma, an undergraduate researcher in Dr. Djuranovic’s lab, stumbled on the importance of the first few amino acids when an experiment for a different study failed to work as expected.
Login Or Register To Read Full Story
Login Register