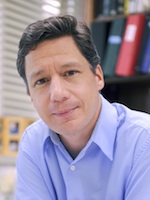 Researchers working in four labs at The University of Texas (UT) Southwestern Medical Center have found a chink in a so-called “undruggable” lung cancer’s armor – and located an existing drug that might provide a treatment. The study, published online on September 28, 2016 in Nature, describes how the drug Selinexor (KPT-330) killed lung cancer cells and shrank tumors in mice when used against cancers driven by the aggressive and difficult-to-treat KRAS cancer gene. Selinexor is already in clinical trials for treatment of other types of cancer, primarily leukemia and lymphoma. but also gynecological, brain, prostate, and head and neck cancers. The new Nature article is titled “XPO1-Dependent Nuclear Export is a Druggable Vulnerability in KRAS-Mutant Lung Cancer.” Lung cancer is the No. 1 cancer killer in the U.S., responsible for more than 158,000 deaths a year, according to the National Cancer Institute (NCI), and the KRAS oncogene is believed to be responsible for about 25 percent of all lung cancer cases. The 5-year survival rate for lung cancer is below 18 percent. Cancers caused by the KRAS mutation have been a target for researchers since the mutation was discovered in humans in 1982. But, due in part to this oncogene’s almost impervious spherical shape, no one was able to find an opening for attack, said Dr. Pier Scaglioni, Associate Professor of Internal Medicine at UT Southwestern and a contributing author to the study. Dr. Michael A. White (photo), Adjunct Professor of Cell Biology and senior author of the study, assembled multiple research teams and used robotic machines to create and sift through trays with thousands of cancer cell/potential drug combinations to uncover the KRAS mutation’s weakness.
Login Or Register To Read Full Story
Login Register