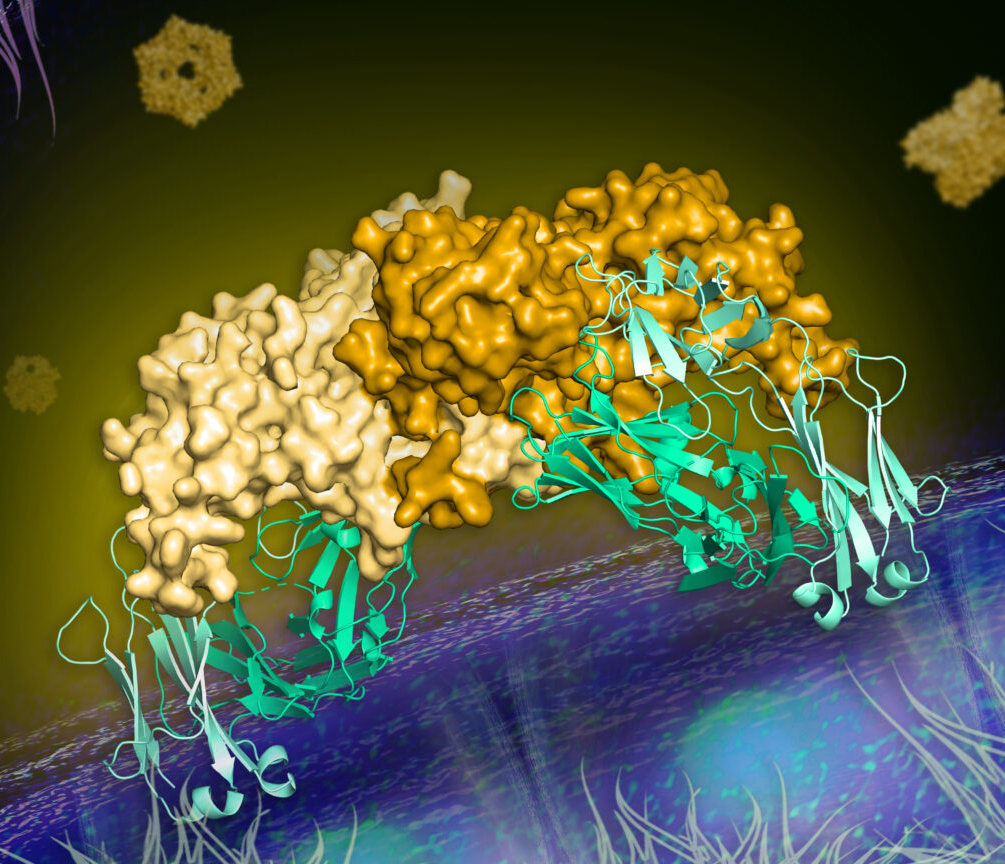 A team of researchers led by scientists at the University of California, Berkeley and the University of Michigan has discovered an antibody that blocks the spread within the body of the dengue virus, a mosquito-borne pathogen that infects between 50 and 100 million people a year. The virus causes what is known as dengue fever, symptoms of which include fever, vomiting, and muscle aches, and can lead to more serious illnesses, and even death. Currently, there are no effective treatments or vaccines for the dengue virus. Because there are four different strains of the virus, building up antibodies against one strain can actually leave people more vulnerable to subsequent infection from another strain, which makes finding an effective therapeutic more difficult. Scientists using the Advanced Photon Source (APS), a U.S. Department of Energy (DOE) Office of Science User Facility located at the DOE's Argonne National Laboratory, outside of Chicago, Illinois, have reported success. The dengue virus uses a particular protein, called non-structural protein 1 (NS1), to latch onto the protective cells around organs. It weakens the protective barrier, allowing the virus to infect the cell, and may cause the rupture of blood vessels. The research team's antibody, called 2B7, physically blocks the NS1 protein, preventing it from attaching itself to cells and slowing the spread of the virus. Moreover, because it attacks the protein directly and not the virus particle itself, 2B7 is effective against all four strains of the dengue virus. The research team used X-ray diffraction techniques to determine structures of the NS1 protein with a bound antibody (2B7) and showed how the antibody provides protection against the virus. These diffraction images were obtained at the General Medical Sciences and Cancer Institutes Structural Biology Facility (GM/CA) at the APS.
Login Or Register To Read Full Story
Login Register