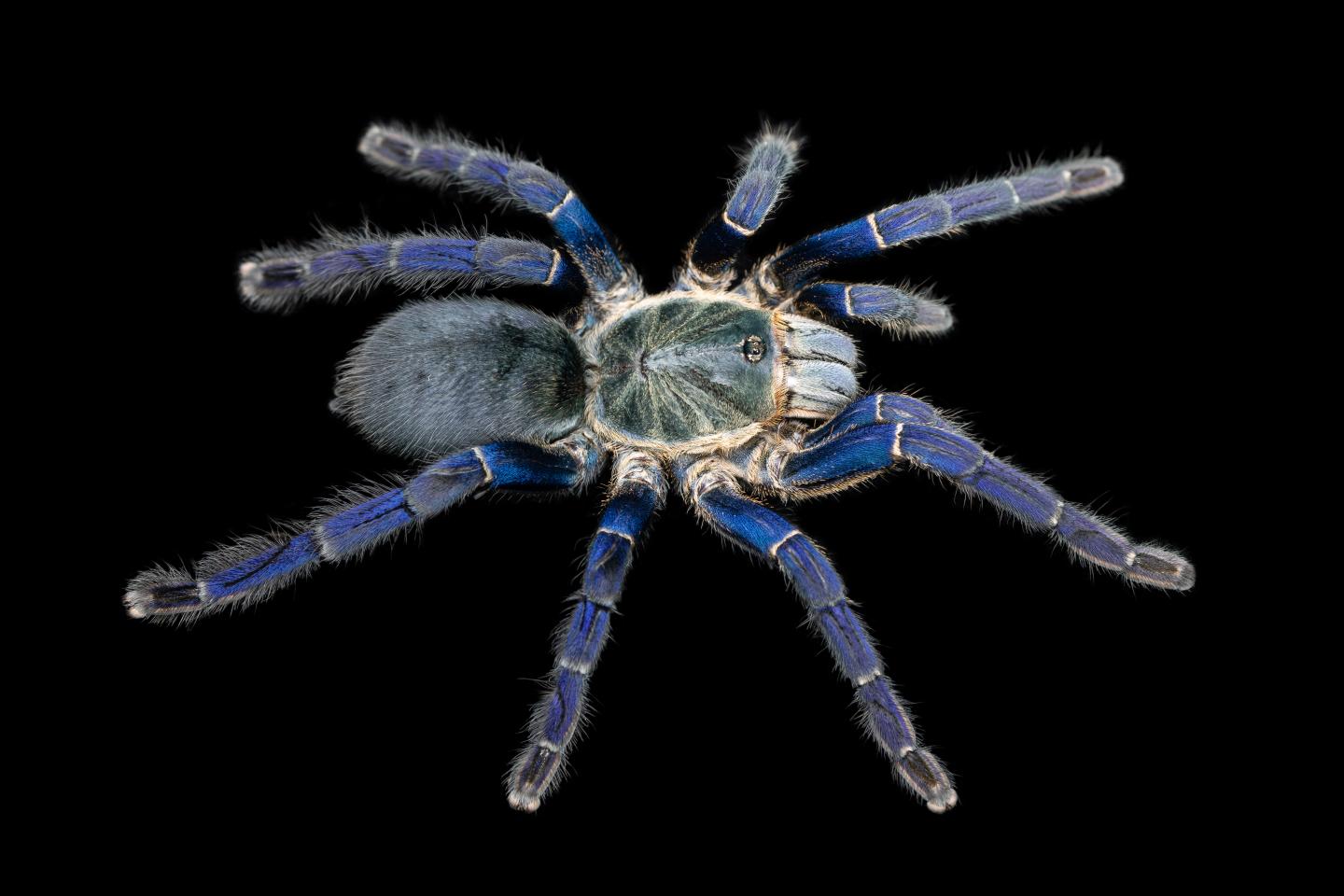 Why are some tarantulas so vividly colored? Scientists have puzzled over why these large, hairy spiders, active primarily during the evening and at night-time, would sport such vibrant blue and green coloration - especially as they were long thought to be unable to differentiate between colors, let alone possess true color vision. In a recent study, researchers from Yale-NUS College (Singapore) and Carnegie Mellon University (CMU) (USA) find support for new hypotheses: that these vibrant blue colors may be used to communicate between potential mates, while green coloration confers the ability to conceal among foliage. The scientists’ research also suggests that tarantulas are not as color-blind as previously believed, and that these arachnids may be able to perceive the bright blue tones on their bodies. The open-access study was published online in Proceedings of the Royal Society B (https://royalsocietypublishing.org/doi/10.1098/rspb.2020.1688) on 23 September 23, 2020, and is featured on the front cover of the current issue (30 September 2020). The research was jointly led by Dr. Saoirse Foley from CMU, and Dr. Vinod Kumar Saranathan, in collaboration with Dr. William Piel, both from the Division of Science at Yale-NUS College. To understand the evolutionary basis of tarantula coloration, they surveyed the bodily expression of various opsins (light-sensitive proteins usually found in animal eyes) in tarantulas. They found, contrary to current assumptions, that most tarantulas have nearly an entire complement of opsins that are normally expressed in day-active spiders with good color vision, such as the Peacock Spider. These findings suggest that tarantulas, long thought to be color-blind, can perceive the bright blue colors of other tarantulas.
Login Or Register To Read Full Story
Login Register