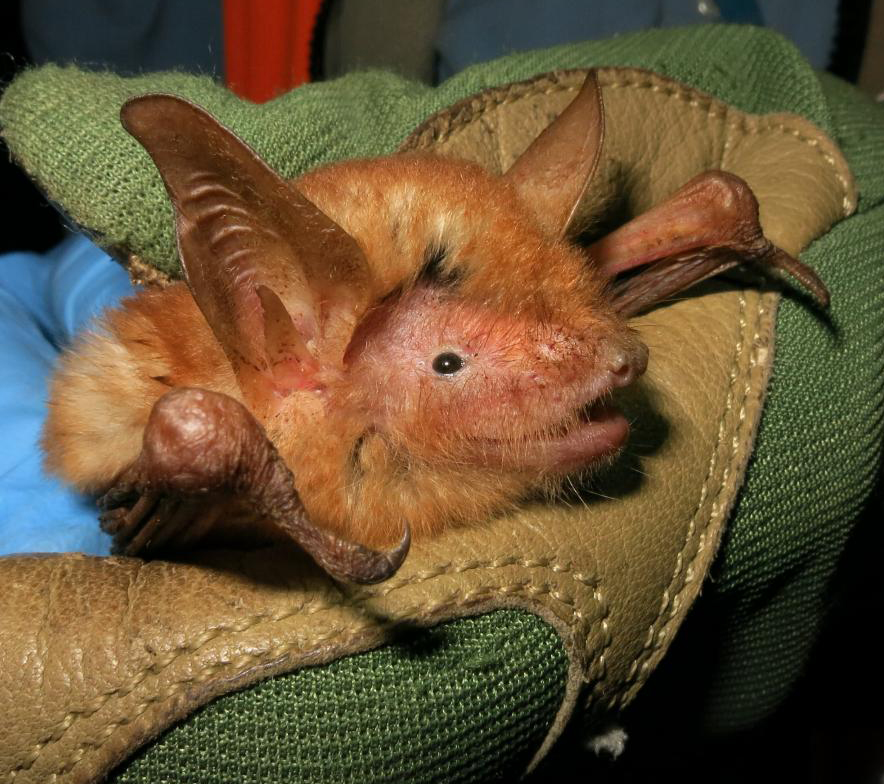 A group of scientists led by researchers at the American Museum of Natural History and Bat Conservation International have discovered a new species of a striking orange and black bat in a mountain range in West Africa. The species, which the researchers expect is likely critically endangered, underscores the importance of sub-Saharan "sky islands" to bat diversity. The species was described in an article published on January 13, 2021 in the journal American Museum Novitates. The open-access article is titled “A New Dichromatic Species of Myotis (Chiroptera: vespertilionidae) from the Nimba Mountains, Guinea” (American Museum Novitates, no. 3963). "In an age of extinction, a discovery like this offers a glimmer of hope," said Winifred Frick, PhD, Chief Scientist at Bat Conservation International and an Associate Research Professor at the University of California, Santa Cruz. "It's a spectacular animal. It has this bright-orange fur, and because it was so distinct, that led us to realize it was not described before. Discovering a new mammal is rare. It has been a dream of mine since I was a child." In 2018, Dr. Frick and her colleagues at Bat Conservation International and the University of Maroua in Cameroon were in the Nimba Mountains in Guinea (Africa) conducting field surveys in natural caves and mining tunnels, known as adits, that were built in the 1970s and 1980s and have since been colonized by bats. In collaboration with the local mining company, Société des Mines de Fer de Guinée (SMFG), the scientists are trying to understand which bat species use which adits and at what times of the year. Of particular interest is Lamotte's roundleaf bat, Hipposideros lamottei, which is listed by the International Union for Conservation of Nature (IUCN) as critically endangered and has only ever been recorded in the Nimba Mountains.
Login Or Register To Read Full Story
Login Register