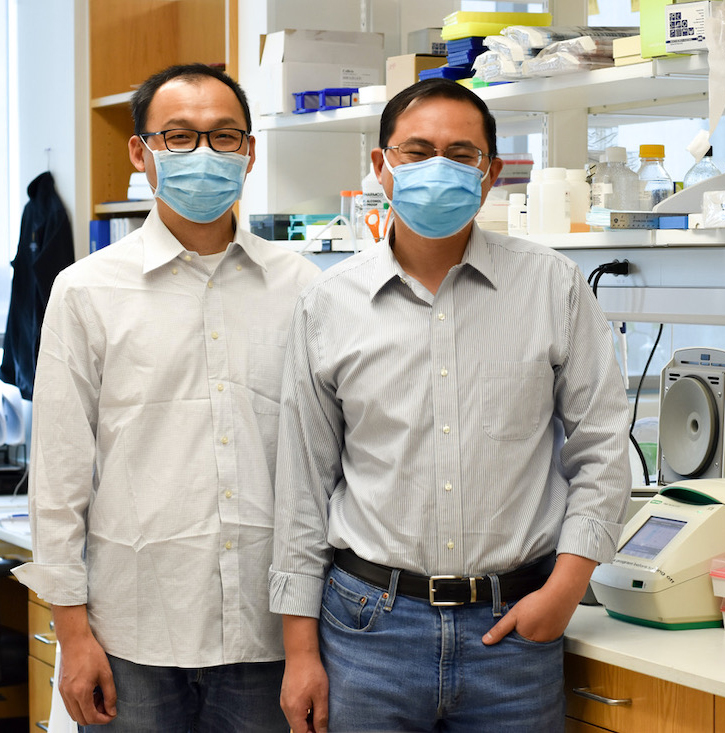 New research has uncovered a surprising role for so-called “jumping” genes that are a source of genetic mutations responsible for a number of human diseases. In the new study from Children’s Medical Center Research Institute at UT Southwestern (CRI), scientists made the unexpected discovery that these DNA sequences, also known as transposons, can protect against certain blood cancers. These findings, published online on April 8, 2021 in Nature Genetics, led scientists to identify a new biomarker that could help predict how patients will respond to cancer therapies and find new therapeutic targets for acute myeloid leukemia (AML), the deadliest type of blood cancer in adults and children. The article is titled “Silencing of LINE-1 Retrotransposons Is a Selective Dependency of Myeloid Leukemia” (https://www.nature.com/articles/s41588-021-00829-8). Transposons are DNA sequences that can move, or jump, from one location in the genome to another when activated. Though many different classes of transposons exist, scientists in the laboratory of Jian Xu (at right in photo), PhD (https://cri.utsw.edu/scientists/jian-xu-lab/) focused on a type known as long interspersed element-1 (L1) retrotransposons. L1 sequences work by copying and then pasting themselves into different locations in the genome, which often leads to mutations that can cause diseases such as cancer. Nearly half of all cancers contain mutations caused by L1 insertion into other genes, particularly lung, colorectal, and head-and-neck cancers. The incidence of L1 mutations in blood cancers such as AML is extremely low, but the reasons why are poorly understood. When researchers screened human AML cells to identify genes essential for cancer cell survival, they found MPP8, a known regulator of L1, to be selectively required by AML cells. Curious to understand the underlying basis of this connection, scientists in the Xu lab studied how L1 sequences were regulated in human and mouse leukemia cells. They made two key discoveries. The first was that MPP8 blocked the copying of L1 sequences in the cells that initiate AML. The second was that when the activity of L1 was turned on, it could impair the growth or survival of AML cells.
Login Or Register To Read Full Story
Login Register