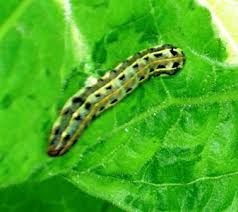 In nature, every species must be equipped with a strategy to be able to survive in response to danger. Plants, too, have innate systems that are triggered in response to a particular threat, such as insects feeding on them. For example, some plants sense "herbivore-derived danger signals" (HDS), which are specific chemicals in oral secretions of insects. This activates a cascade of events in the plant's defense machinery, which leads to the plant developing "resistance" to (or "immunity" against) the predator. But despite decades of research, exactly how plants recognize these signals has remained a bit of a mystery. In a new study published in Communications Biology (https://www.nature.com/articles/s42003-020-0959-4), a research team from Tokyo University of Science, Ehime University, Okayama University, The University of Tokyo, and Iwate Biotechnology Research Center, led by Professor Gen-ichiro Arimura, PhD, attempts to shed light on exactly how plant HDS systems work. They chose to study membrane proteins called "receptor-like kinases" (RLKs), which are found in soybean leaves. They based their study on previous evidence from plants like Arabidopsis, tobacco, and cowpea, in which RLKs play a major role in HDS systems. Their results published online on May 8, 2020 in Communications Biology. The open-access article is titled” Soy and Arabidopsis receptor-like kinases respond to polysaccharide signals from Spodoptera species and mediate herbivore resistance.” Professor Arimura says, "Scientists have been trying to understand the molecular mechanism of plant resistance for years, but the 'sensors' involved in plant recognition of insect pests are still not known.
Login Or Register To Read Full Story
Login Register