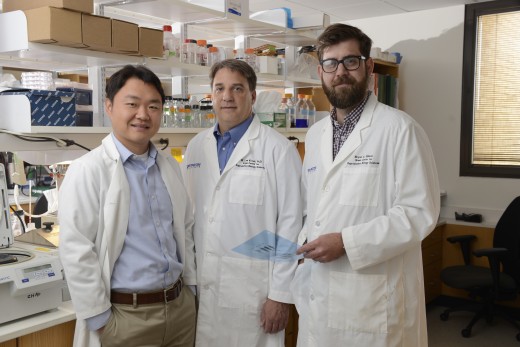 Using technology they developed, University of Texas (UT) Southwestern Medical Center researchers have identified a previously unknown role of a certain class of proteins (PARPs): as regulators of gene activity and RNA processing. This newfound function of poly(ADP-ribose) polymerase (PARP) proteins, reported recently in Science, “could open up new ways of thinking about PARP proteins that can lead to therapeutic opportunities,” said senior author Dr. W. Lee Kraus, Director of the Cecil H. and Ida Green Center for Reproductive Biology Sciences at UT Genetic Discovery of PARP Targets Reveals a Role for PARP-1 in Transcription Elongation.” The new work was annonuced in a UT Southwestern press releae dated Agust 15, 2016. The first PARP inhibitor was approved by the FDA in 2014 for certain ovarian cancers, and about 140 clinical trials – including several at UT Southwestern – are currently examining the impact of these drugs on different types of cancer. To date, most studies have looked at PARP inhibitors only in terms of their effects on DNA repair and the maintenance of genomic integrity, said Dr. Kraus, also Professor of Obstetrics and Gynecology, and Pharmacology, and holder of the Cecil H. and Ida Green Distinguished Chair in Reproductive Biology Sciences at UT Southwestern. “People tend to think that PARP inhibitors work only by blocking DNA repair – an important cellular function that can promote the killing of cancer cells when inhibited,” he said.
Login Or Register To Read Full Story
Login Register