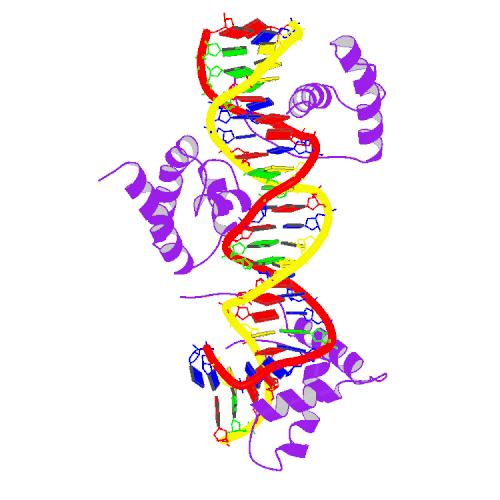 Consider the relationship between between an air traffic controller and a pilot. The pilot gets the passengers to their destination, but the air traffic controller decides when the plane can take off and when it must wait. The same relationship plays out at the cellular level in animals, including humans. A region of an animal's genome - the controller - directs when a particular gene - the pilot - can perform its prescribed function. A new study by cell and systems biologists at the University of Toronto (U of T) investigating stem cells in mice shows, for the first time, an instance of such a relationship between the Sox2 gene which is critical for early development, and a region elsewhere on the genome that effectively regulates its activity. The discovery could mean a significant advance in the emerging field of human regenerative medicine, as the Sox2 gene is essential for maintaining embryonic stem cells that can develop into any cell type of a mature animal. "We studied how the Sox2 gene is turned on in mice, and found the region of the genome that is needed to turn the gene on in embryonic stem cells," said Professor Jennifer Mitchell of U of T's Department of Cell and Systems Biology, lead invesigator of a study published online December 15, 2014 in Genes & Development. "Like the gene itself, this region of the genome enables these stem cells to maintain their ability to become any type of cell, a property known as pluripotency. We named the region of the genome that we discovered the Sox2 control region, or SCR," said Dr. Mitchell. Since the sequencing of the human genome was completed in 2003, researchers have been trying to figure out which parts of the genome make some people more likely to develop certain diseases.
Login Or Register To Read Full Story
Login Register