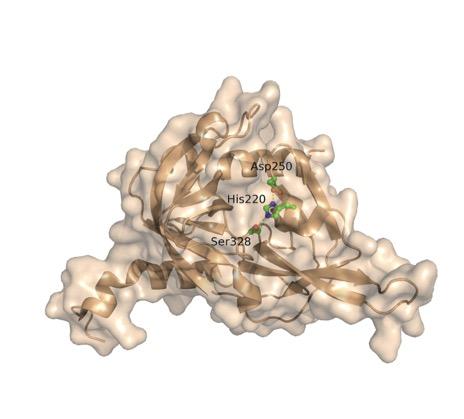 For decades, scientists have known that people with two copies of a gene called apolipoprotein E4 (ApoE4) are much more likely to have Alzheimer's disease at age 65 than the rest of the population. Now, researchers at the Salk Institute have identified a connection between ApoE4 and protein build-up associated with Alzheimer's that provides a possible biochemical explanation for how extra ApoE4 causes the disease. "The big picture here is that we've found a very different way of thinking about how the proteins in Alzheimer's disease might be regulated," says Alan Saghatelian, Ph.D., Salk professor and holder of the Dr. Frederik Paulsen Chair in Salk's Clayton Foundation Laboratories for Peptide Biology. The team’s findings, which appear in the August 2016 issue of the Journal of the American Chemical Society, underscore the importance of looking at genes and proteins not classically associated with Alzheimer's to make progress in understanding the disease. That article is titled “HtrA1 Proteolysis of ApoE in Vitro Is Allele Selective.” Late-onset Alzheimer's disease--the subset of the disorder occurring in people age 65 and over--affects more than 5 million Americans, and is characterized by progressive memory loss and dementia. Scientists have put forth a variety of hypotheses on its causes, including the accumulation of protein clusters called beta-amyloid plaques and tau tangles in the brain. Apolipoprotein E comes in three versions, or variants, called ApoE2, ApoE3 and ApoE4. All the ApoE proteins have the same normal function: carrying fats, cholesterols and vitamins throughout the body, including into the brain. While ApoE2 is protective and ApoE3 appears to have no effect, a mutation in ApoE4 is a well-established genetic risk factor for late-onset Alzheimer's disease.
Login Or Register To Read Full Story
Login Register