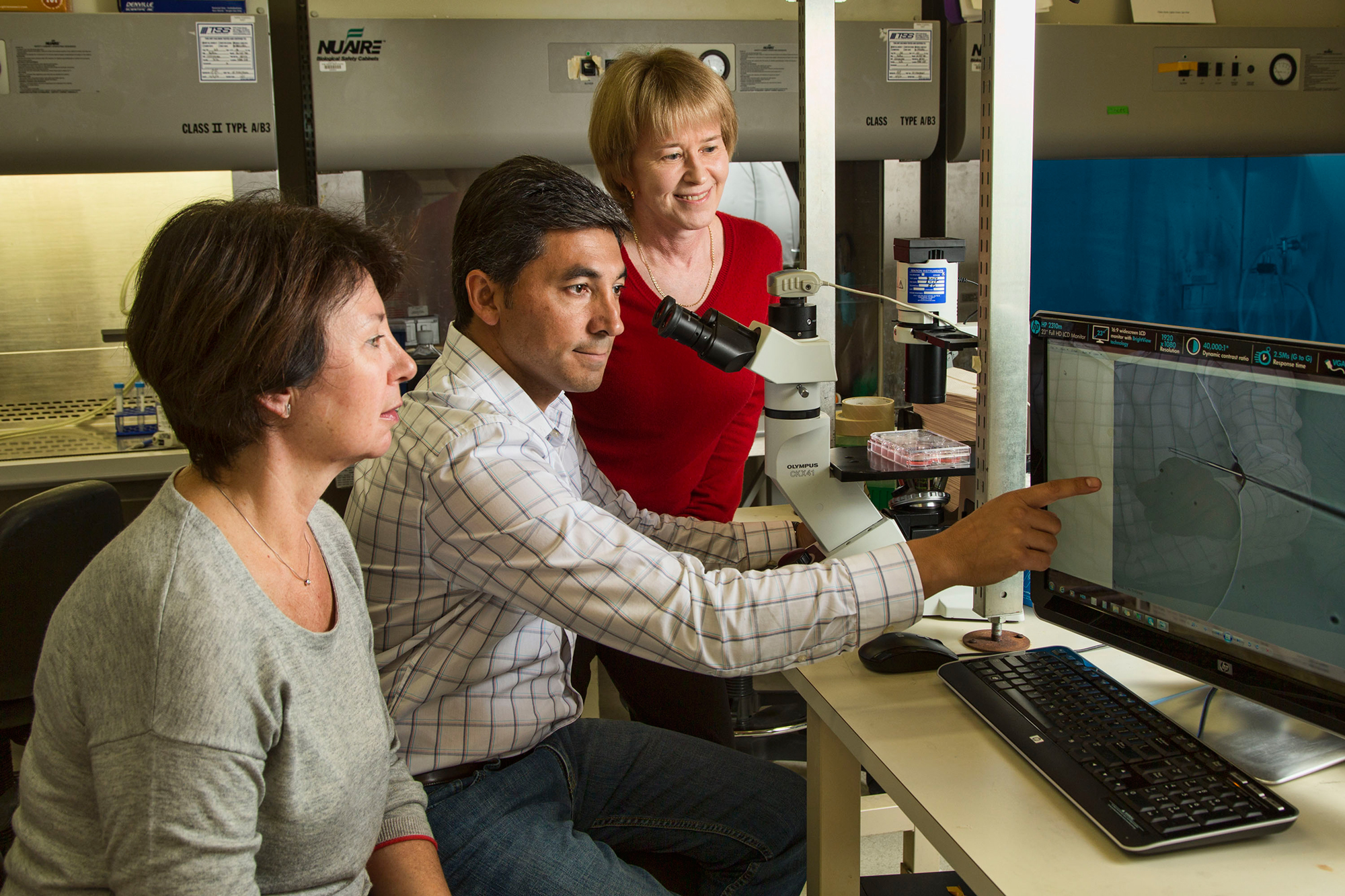 Like a colony of bacteria or species of animal, cancer cells within a tumor must evolve to survive. A dose of chemotherapy may kill hundreds of thousands of cancer cells, for example, but a single cell with a unique mutation can survive and quickly generate a new batch of drug-resistant cells, making cancer hard to combat. Now, scientists at the Salk Institute have uncovered details about how cancer is able to become drug-resistant over time, a phenomenon that occurs because cancer cells within the same tumor are not identical–the cells have slight genetic variation, or diversity. The new work, published online on October 22, 2014 in PNAS, shows how variations in breast cancer cells’ RNA, the molecule that decodes genes and produces proteins, helps the cancer to evolve more quickly than previously thought. These new findings may potentially point to a “switch” to turn off this diversity–and thereby drug resistance–in cancer cells. “It’s an inherent property of nature that in a community–whether it is people, bacteria, or cells–a small number of members will likely survive different types of unanticipated environmental stress by maintaining diversity among its members,” says the senior author of the new work, Dr. Beverly Emerson, professor of Salk’s Regulatory Biology Laboratory and holder of the Edwin K. Hunter Chair. “Cancer co-opts this diversification strategy to foster drug resistance.” Instead of looking at a single gene or pathway to target with cancer therapies, lead author Fernando Lopez-Diaz, Ph.D., Salk staff scientist, and the team aim to uncover the diversification “switch” by which cancer cells replicate, but vary slightly from one another. Turning off this cellular process would strip cancer’s ability to survive drug treatment. “Cancer isn’t one cell but it’s an ecosystem, a community of cells,” says Dr. Emerson.
Login Or Register To Read Full Story
Login Register