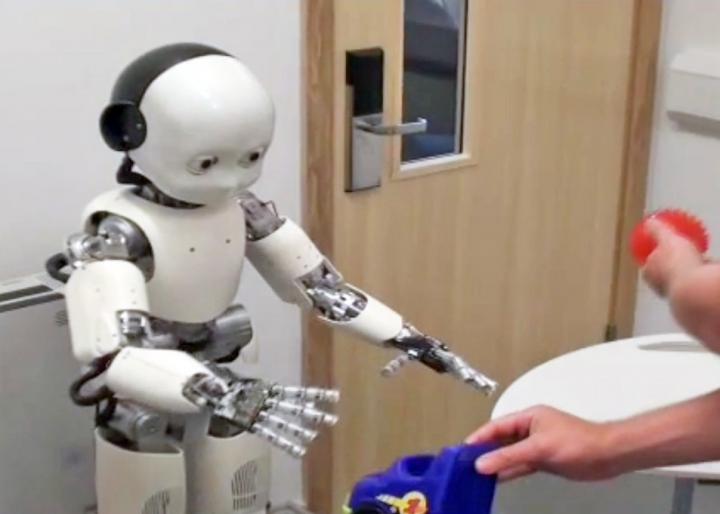 An Indiana University (IU) cognitive scientist and collaborators have found that posture is critical in the early stages of acquiring new knowledge. The study, conducted by Dr. Linda Smith, a professor in the IU Bloomington College of Arts and Sciences' Department of Psychological and Brain Sciences, in collaboration with Dr. Anthony Morse, a roboticist from England, and Dr. Viridian Benitez, a developmental psychologist from the University of Wisconsin-Madison, and others, offers a new approach to studying the way "objects of cognition," such as words or memories of physical objects, are tied to the position of the body. "This study shows that the body plays a role in early object name learning, and how toddlers use the body's position in space to connect ideas," Dr. Smith said. "The creation of a robot model for infant learning has far-reaching implications for how the brains of young people work." The research article, titled "Posture Affects How Robots and Infants Map Words to Objects," was published on March 18, 2015 in PLOS ONE, an open-access, peer-reviewed online journal. Using both robots and infants, researchers examined the role that bodily position played in the brain's ability to "map" names to objects. They found that consistency of the body's posture and spatial relationship to an object as an object's name was shown and spoken aloud were critical to successfully connecting the name to the object. The new insights stem from the field of epigenetic robotics, in which researchers are working to create robots that learn and develop like children, through interaction with their environment. Dr. Morse applied Dr. Smith's earlier research to creating a learning robot in which cognitive processes emerge from the physical constraints and capacities of its body.
Login Or Register To Read Full Story
Login Register