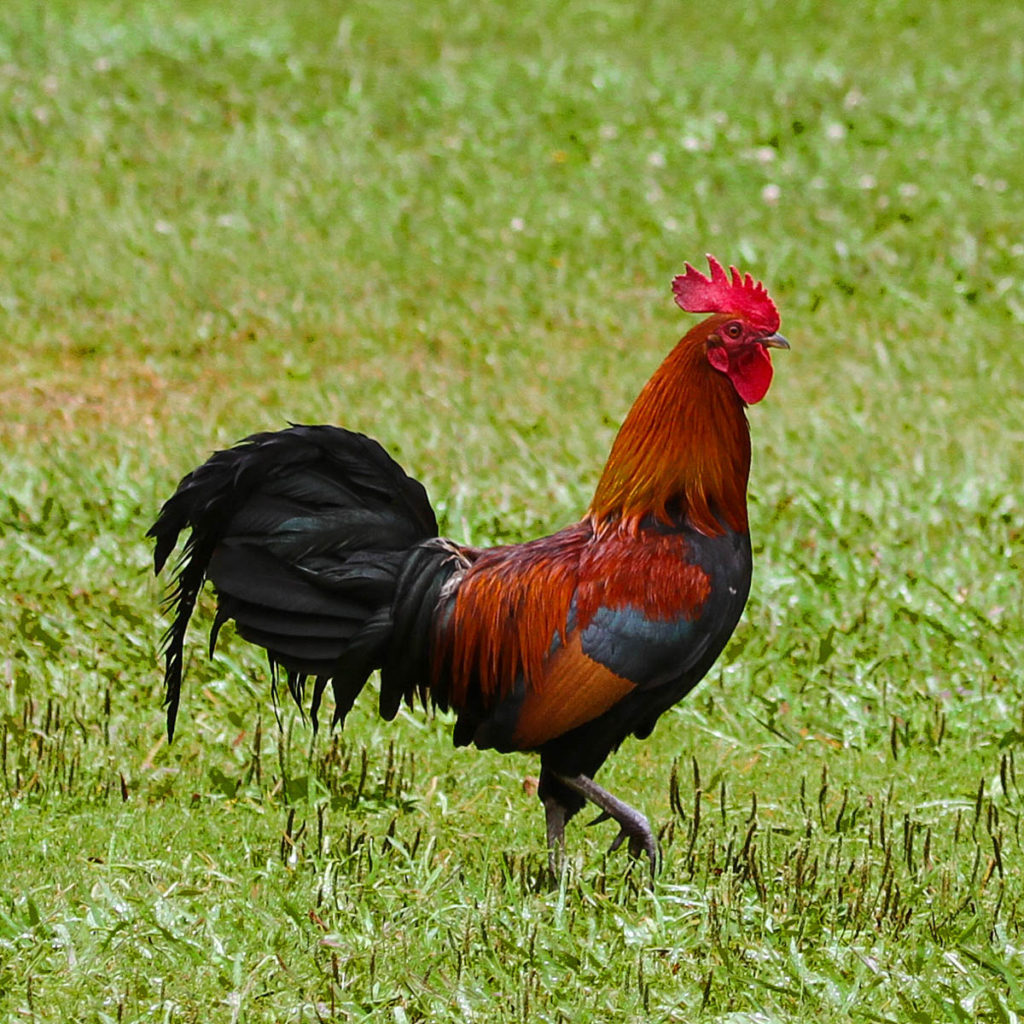 Organisms carry long-term "memories" of their ancestral homelands that help them adapt to environmental change, according to a new study that involved raising chickens on the Tibetan Plateau and an adjacent lowland site. The study provides new insights into how creatures adapt to changing environments, a topic that's especially relevant today in the context of rapid climate change, which is creating challenges for plants and animals worldwide. The chicken was domesticated from the red jungle fowl (photo) in South Asia and Southeast Asia at least 4,000 to 4,500 years ago. It was brought to the Tibetan Plateau by about 1,200 years ago, where it acquired high-altitude adaptations such as an increase in oxygen-carrying red blood cells. In a set of experiments by University of Michigan (U-M) biologists and their Chinese colleagues, researchers hatched and reared hundreds of chickens on the Tibetan Plateau, at an elevation of nearly 11,000 feet, and at an adjacent lowland site in China's Sichuan Province. Some of the eggs from lowland chickens were hatched on the plateau, and some high-altitude eggs were hatched at a site 2,200 feet above sea level. The goal was to assess the relative contributions of two types of phenotypic change--meaning changes to an organism's observable physical characteristics or traits--to the process of environmental adaptation. "Plastic" phenotypic changes involve altered gene activity but no rewriting of the genetic code in DNA molecules, while mutations cause altered gene activity by modifying the sequence of letters in the code itself. Evolutionary biologists have debated the relative roles of plastic and mutation-induced changes in adaptation, and whether the former serve as stepping stones to the latter.
Login Or Register To Read Full Story
Login Register