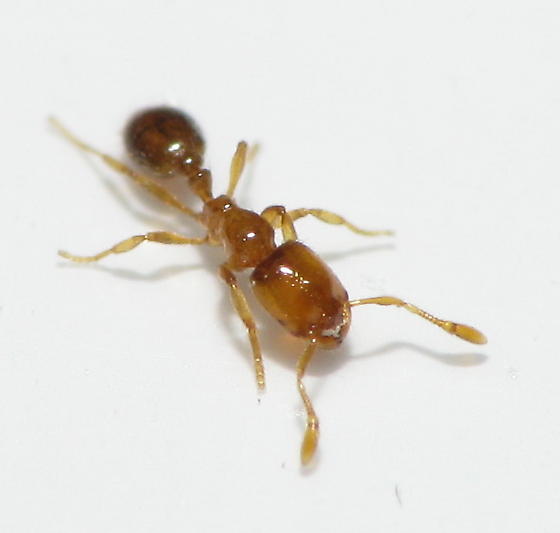 Ants, like humans, deal with disease. To deal with the bacteria that cause some of these diseases, some ants produce their own antibiotics. A new comparative study identified some ant species that make use of powerful antimicrobial agents - but found that 40 percent of ant species tested didn't appear to produce antibiotics. The study has applications regarding the search for new antibiotics that can be used in humans. The paper, "External Immunity in Ant Societies: Sociality and Colony Size Do Not Predict Investment in Antimicrobials," was published online on February 7, 2018 in the journal Royal Society Open Science. "These findings suggest that ants could be a future source of new antibiotics to help fight human diseases," says Clint Penick, PhD, an Assistant Research Professor at Arizona State University and former postdoctoral researcher at North Carolina State University, who is lead author of the study. "One species we looked at, the thief ant (Solenopsis molesta) (photo), had the most powerful antibiotic effect of any species we tested - and until now, no one had even shown that they made use of antimicrobials," says Adrian Smith, PhD, co-author of the paper, an Assistant Research Professor of Biological Sciences at NC State and head of the NC Museum of Natural Sciences' Evolutionary Biology & Behavior Research Lab. "But the fact that so many ant species appear to have little or no chemical defense against microbial pathogens is also important,” Dr. Penick said. That's because the conventional wisdom has long been that most, if not all, ant species carry antimicrobial agents. But this work indicates that the conventional wisdom is wrong. "We thought every ant species would produce at least some type of antimicrobial," Dr. Penick says.
Login Or Register To Read Full Story
Login Register