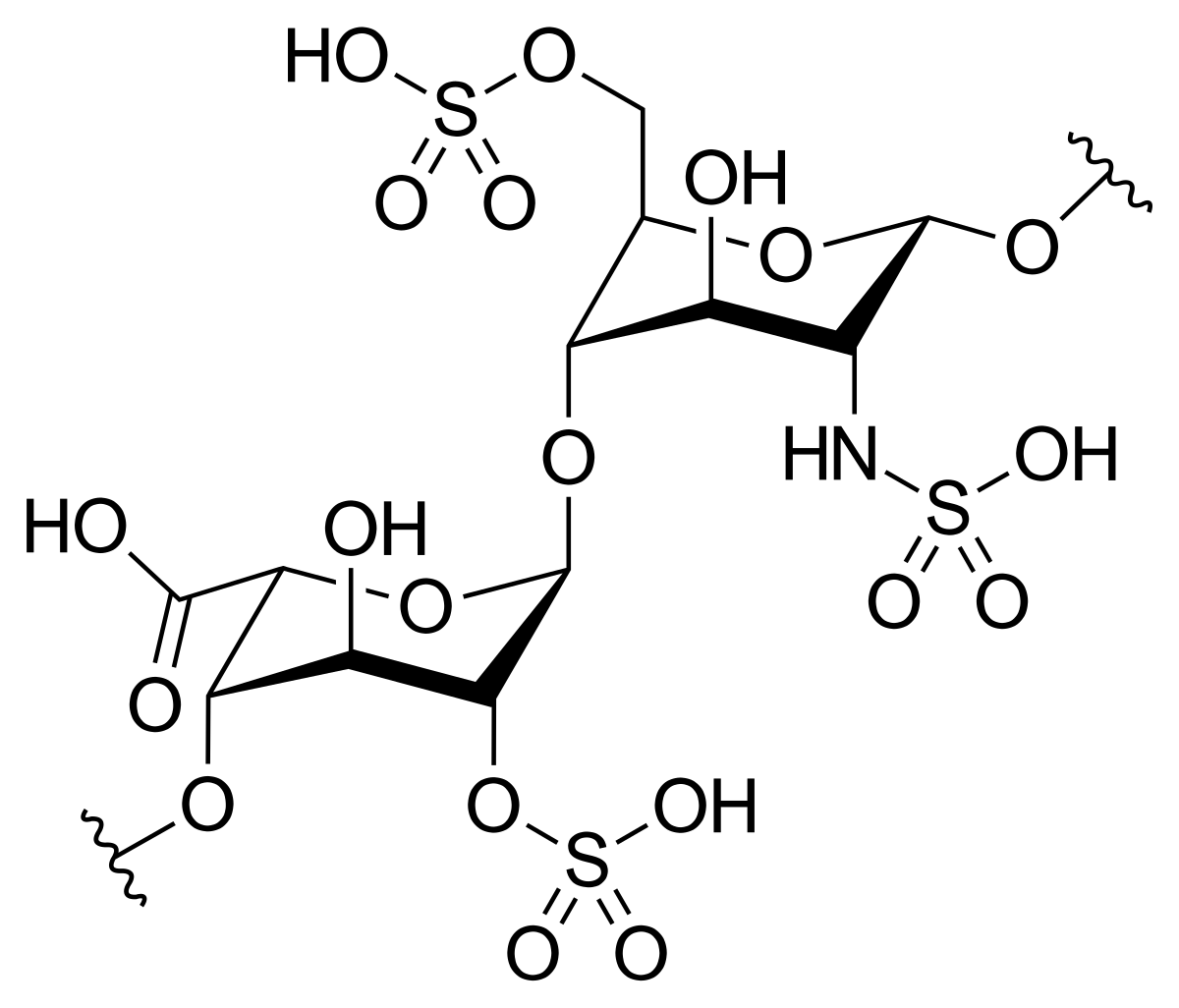 In a recent study published online on April 10, 2020in the Proceedings of the National Academy of Sciences (PNAS), University of California (UC) San Diego researchers moved one step closer to the ability to make heparin (image) of structure) in cultured cells. The article is titled “ZNF263 Is a Transcriptional Regulator of Heparin and Heparan Sulfate Biosynthesis.” Heparin is a potent anti-coagulant and the most prescribed drug in hospitals, yet cell-culture-based production of heparin is currently not possible. In particular, the researchers found a critical gene in heparin biosynthesis: ZNF263 (zinc-finger protein 263). The researchers believe this gene regulator is a key discovery on the way to industrial heparin production. The idea would be to control this regulator in industrial cell lines using genetic engineering, paving the way for safe industrial production of heparin in well-controlled cell culture. Heparin is currently produced by extracting the drug from pig intestines, which is a concern for safety, sustainability, and security reasons. Millions of pigs are needed each year to meet our needs, and most manufacturing is done outside the USA. Furthermore, ten years ago, contaminants from the pig preparations led to dozens of deaths. Thus, there is a need to develop sustainable recombinant production. The work in PNAS provides new insights on exactly how cells control synthesis of heparin. Heparin is a special subtype of a more general class of carbohydrates, called heparan sulfates, that are produced by a wide range of cells, both in the human body, as well as in cell culture. Yet, heparin is exclusively produced in a special type of blood cells called mast cells. To this day, heparin cannot be successfully produced in cell culture.
Login Or Register To Read Full Story
Login Register