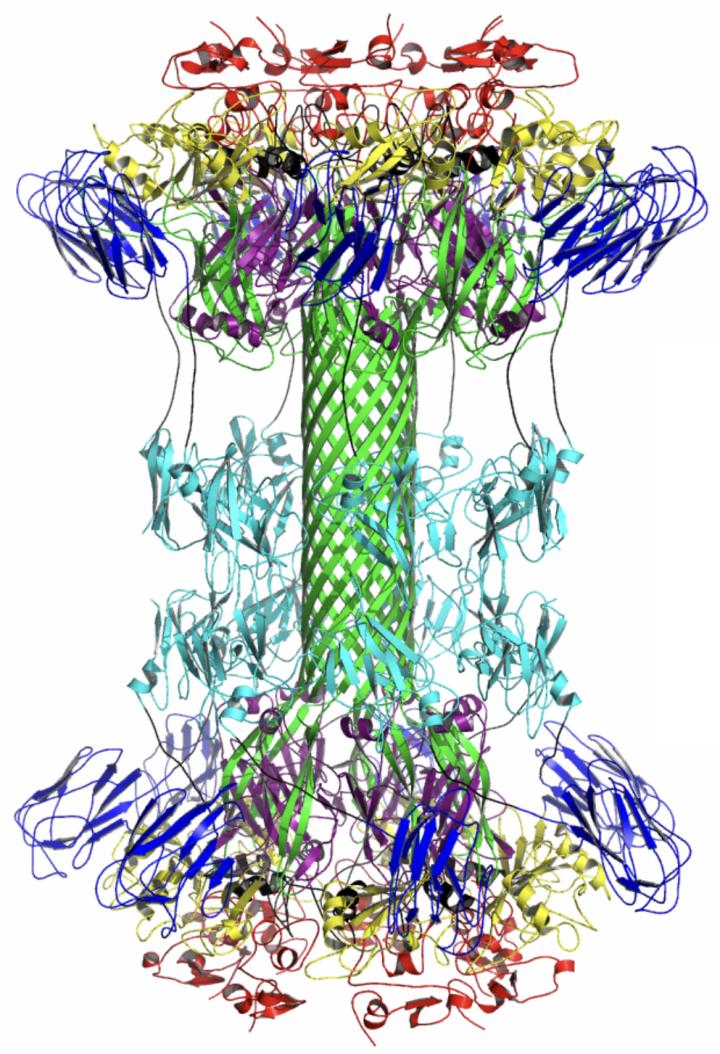 An open-access article published online on January 2, 2020 in PNAS details a research breakthrough that provides a promising starting point for scientists to create drugs that may cure Clostridium difficile (C. diff) infection-- a virulent health care-associated infection that causes severe diarrhea, nausea, internal bleeding, and potentially death. The article is titled “Structure of the Cell-Binding Component of the Clostridium Difficile Binary Toxin Reveals a Di-Heptamer Macromolecular Assembly.” The C. diff bacteria affects roughly half-a-million Americans and causes nearly 15,000 deaths in the U.S. annually, and results in over $5 billion in health-care-related costs each year in this country. Overuse of antibiotics has increasingly put patients in heath care facilities at risk for acquiring C. diff and made some strains of the bacteria particularly hard to treat. But newly discovered information about a type of toxin released by the most dangerous strains of C. diff is providing researchers with a map for developing drugs that can block the toxin and prevent the bacteria from entering human cells. "The most dangerous strains of C. diff release a binary toxin (image) that first binds to cells and then creates a pore-forming channel that allows the toxin to get inside and do harm," said Amedee de Georges, PhD, the study's principal investigator and a professor with the Advanced Science Research Center at The Graduate Center, CUNY's Structural Biology Iniative. "We were able to combine several increasingly popular biophysical imaging techniques to visualize and characterize every atom of this binary toxin and show us where they are positioned. These details provide a critical and extremely useful starting point for designing drugs that can prevent C. diff infection."
Login Or Register To Read Full Story
Login Register