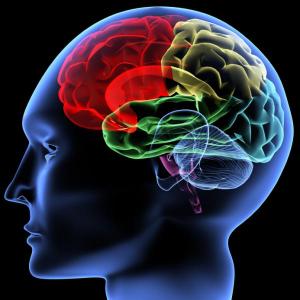 An Indiana University (IU)-led research team, along with a group of national and international collaborators, has identified and prioritized a comprehensive group of genes most associated with schizophrenia that together can generate a score indicating whether an individual is at higher or lower risk of developing the disease. Using a convergent functional genomics approach that incorporates a variety of experimental techniques, the scientists were also able to apply a panel of their top genes to data from other studies of schizophrenia and successfully identify which patients had been diagnosed with schizophrenia and which had not, according to a report published online on May 15, 2012 by the journal Molecular Psychiatry. Evaluating the biological pathways in which the genes are active, the researchers also proposed a model of schizophrenia as a disease emerging from a mix of genetic variations affecting brain development and neuronal connections along with environmental factors, particularly stress. "At its core, schizophrenia is a disease of decreased cellular connectivity in the brain, precipitated by environmental stress during brain development, among those with genetic vulnerability," said principal investigator Alexander B. Niculescu III, M.D., Ph.D., associate professor of psychiatry and medical neuroscience at the IU School of Medicine and director of the Laboratory of Neurophenomics at the Institute of Psychiatric Research at the IU School of Medicine. "For first time we have a comprehensive list of the genes that have the best evidence for involvement in schizophrenia," said Dr. Niculescu, who is also staff psychiatrist and investigator at the Richard L. Roudebush Veterans Affairs Medical Center.
Login Or Register To Read Full Story
Login Register