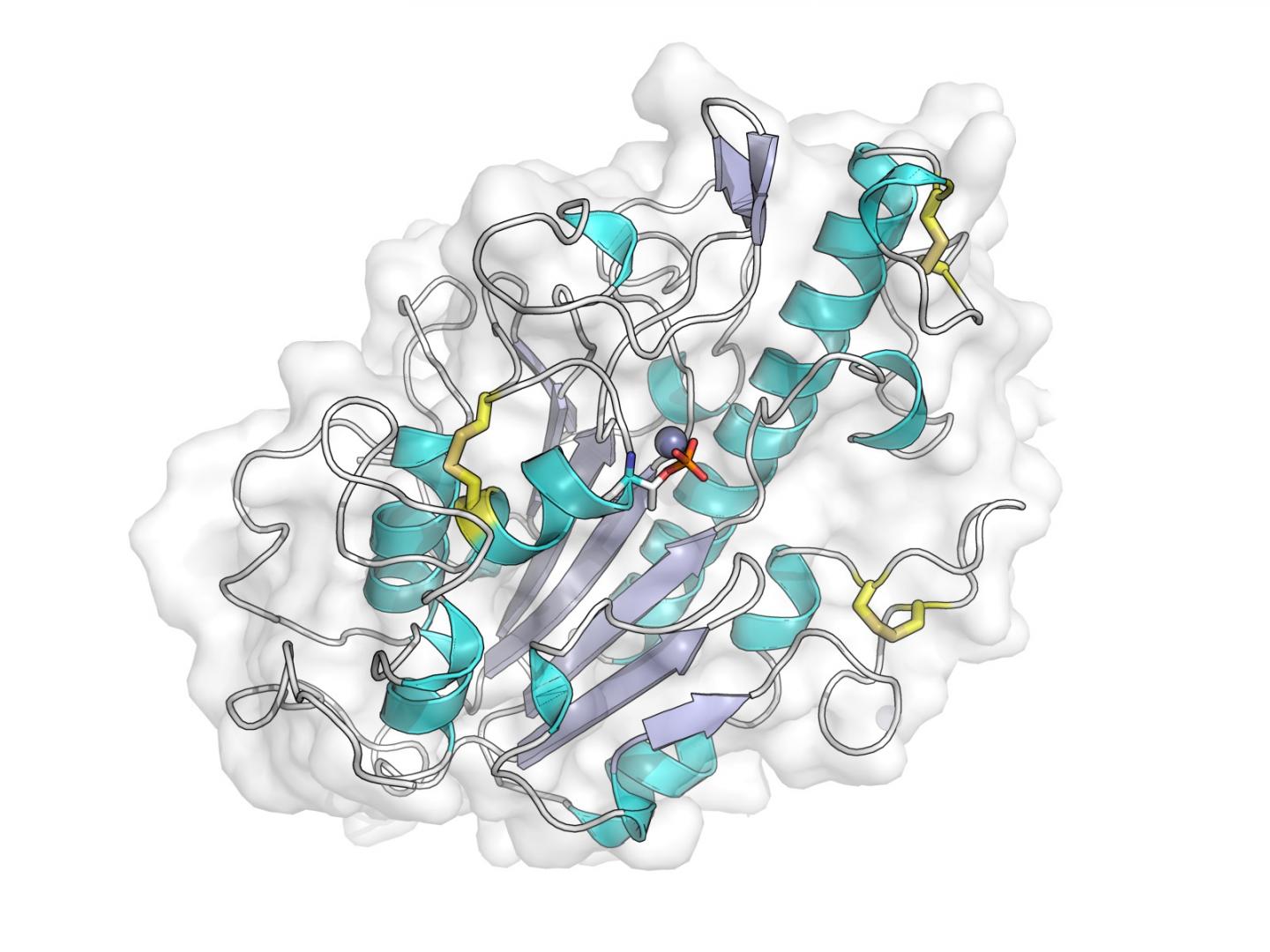 An international research team, led by the University of Bristo (UK), has provided the first clues to understand how the mcr-1 gene protects bacteria from colistin - a 'last resort' antibiotic used to treat life-threatening bacterial infections that do not respond to other treatment options. Last year, members of the team, led by Dr. Jim Spencer from the School of Cellular and Molecular Medicine, in collaboration with colleagues from Oxford, Cardiff, Diamond Light Source, Thailand, and China, identified mcr-1 as the first colistin-resistance gene that could be passed between bacteria, enabling resistance to spread rapidly within a bacterial population. Since then, the mcr-1 gene has been detected in common bacteria, such as E. coli, in China, the United States, and across Europe, first in farm animals and recently - worryingly - in human patients. The spread of mcr-1 has been linked to agricultural use of colistin, indicating that transmission between animals and humans may take place. In response to these findings the Chinese government has now banned use of colistin in animal feed. Colistin acts by binding to, and disrupting, the outer surface of bacteria. Bacteria carrying the mcr-1 gene make a protein that modifies the bacterial surface to reduce colistin binding, making the organism resistant. In its work, the team used X-rays produced at Diamond's crystallography beamlines to generate detailed pictures of the portion of this protein responsible for this modification, and with this information identified key features that are necessary for it to function. They also constructed computer models of the chemical reaction that leads to resistance.
Login Or Register To Read Full Story
Login Register