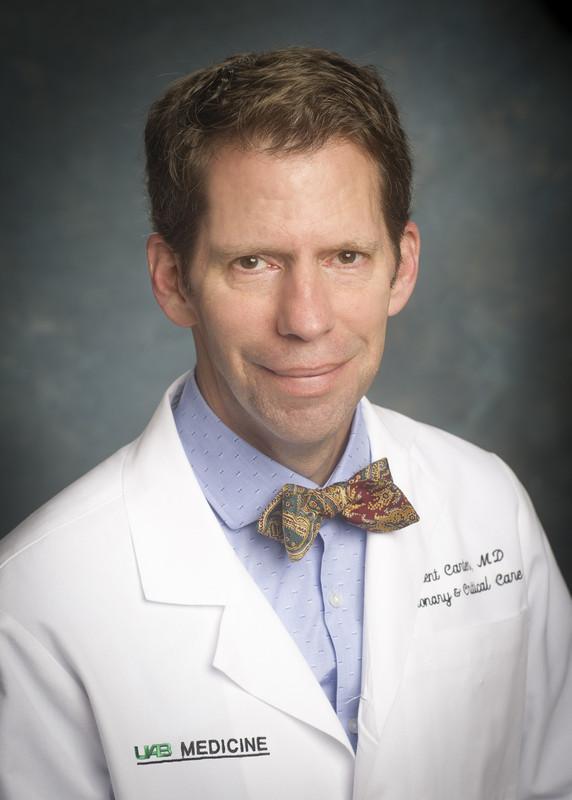 Long-held dogma says lung fibrosis in diseases like idiopathic pulmonary fibrosis(IPF) results from recurrent injury to alveolar epithelium that is followed by dysregulated repair. Research at the University of Alabama at Birmingham (UAB) uproots that paradigm, and suggests a possible treatment target for IPF. A. Brent Carter(photo, courtesy of UAB), MD, and colleagues reported online on Octobr 14, 2019 in the Journal of Clinical Investigation that the recruited monocyte-derived macrophages, which have an increased flux in the mevalonate metabolic pathway -- without any experimental injury -- can induce lung fibrosis in a mouse model. When there is prior lung injury, the increased flux through the mevalonate pathway exacerbates the resulting fibrosis. The mechanism polarizes macrophages to a profibrotic state that causes pathogenic macrophage/fibroblast signaling. Furthermore, study of humans with IPF showed that three hallmarks of the mechanism that leads to lung fibrosis in the absence of injury in mice are also found in bronchoalveolar (BAL) cells from these patients, as compared to healthy individuals. These three hallmarks are 1) activation of the small GTPase protein Rac1 and its localization into the intermembrane space of mitochondria in the BAL cells, 2) increased production of mitochondrial reactive oxygen species by BAL cells from patients with IPF, and 3) evidence of increased flux through the non-sterol arm of the mevalonate pathway in the BAL cells results in the augmented activation of Rac1. "Here, we show a paradigm shift that indicates a critical and essential role for monocyte-derived macrophage/fibroblast crosstalk in the development and progression of fibrosis in the absence of epithelial injury," said Dr. a Professor in the Division of Pulmonary, Allergy, and Critical Care Medicine, UAB Department of Medicine.
Login Or Register To Read Full Story
Login Register