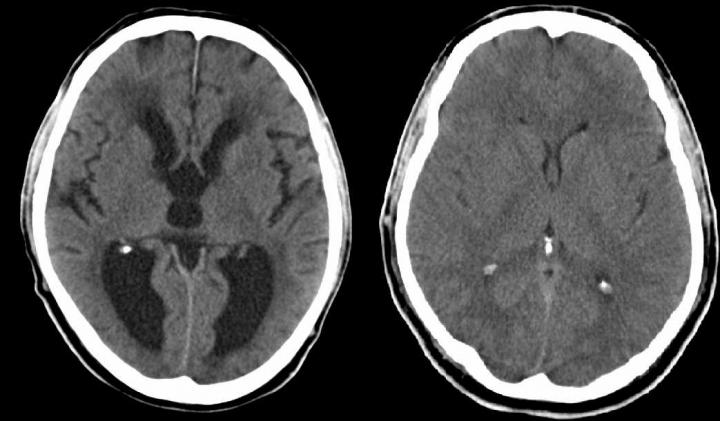 Scientists at Sanford Burnham Prebys Medical Discovery Institute (SBP) have discovered a molecular cause of hydrocephalus, a common, potentially life-threatening birth defect in which the head is enlarged due to excess fluid surrounding the brain. Because the same molecule is also implicated in Down's syndrome, the finding, published on December 13, 2016 in the Journal of Neuroscience, may explain the ten-fold increased risk of hydrocephalus in infants born with Down's. "We found that deleting the gene for sorting nexin 27, or SNX27, which plays a major role in the development of Down's syndrome, causes hydrocephalus," said Huaxi Xu, Ph.D., the Jeanne and Gary Herberger Leadership Chair of SBP's Neuroscience and Aging Research Center. "The mechanism we uncovered likely only accounts for a fraction of hydrocephalus cases, but we identified potential non-surgical treatments for these cases that deserve further study." Hydrocephalus affects one or two of every 1,000 births. Some causes of hydrocephalus are known, including several well-characterized brain and skull malformations that block fluid outflow, but it can also arise in the absence of other obvious abnormalities. The condition is treated by surgically inserting a shunt to divert the fluid to another part of the body where it can be absorbed. However, these tubes can become infected, and about half the time, they fail, causing headaches, vomiting, fever, and irritability until the shunt is replaced. The new study followed up on prior results from Dr. Xu's lab showing that SNX27, a protein that regulates traffic of other proteins within cells, is found at lower than normal levels in the brains of individuals with Down's syndrome. They also found that inactivating the gene for SNX27 in mice causes learning and memory problems similar to those in Down's. Here, Dr.
Login Or Register To Read Full Story
Login Register