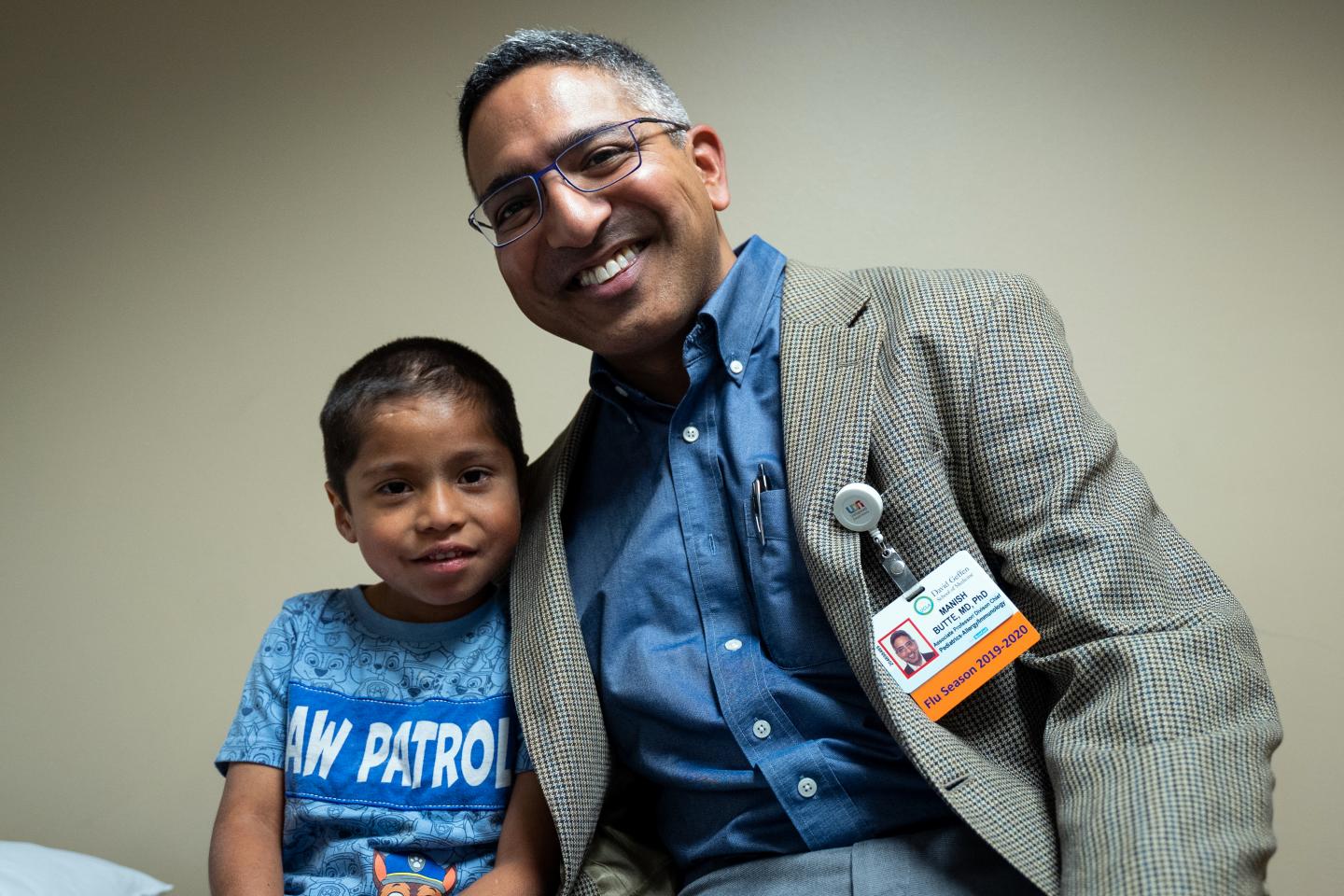 In the June 11, 2020 issue of the New England Journal of Medicine, a team of UCLA physicians and scientists describes the first case of immune modulation being used to cure a severe and often fatal fungal infection. The article is titled “Disseminated Coccidioidomycosis Treated with Interferon-γ and Dupilumab.” The UCLA team "retuned" a 4-year-old's immune system so that it could fight off disseminated coccidioidomycosis. The case, originally reported by UCLA in 2019, could pave the way for a new treatment for the infection, which affects hundreds of Americans each year, primarily in the Southwest, and kills approximately 40% of the people who contract it. The technique described in the study could also suggest a new paradigm for treating other severe fungal infections, bacterial infections such as tuberculosis, and severe viral infections such as influenza and COVID-19. "Immune modulation isn't currently part of the strategy with any of these severe infections," said Manish Butte, MD, PhD, the report's senior author, who holds the E. Richard Stiehm Endowed Chair in Pediatric Allergy, Immunology, and Rheumatology at the David Geffen School of Medicine at UCLA (photo shows Dr. Butte with young boy who was cured). "Our case suggests that, rather than hoping to get the upper hand with more and more antibiotics or antifungals, we can have some success by combining these established approaches with the new idea of programming the patient's immune response to better fight the infection." Each year, more than 100,000 people are infected with Coccidioides fungi, which reside in the soils of California, Arizona, and West Texas. Most people who are infected are asymptomatic, and about 20,000 experience the minor respiratory illness commonly known as Valley fever.
Login Or Register To Read Full Story
Login Register