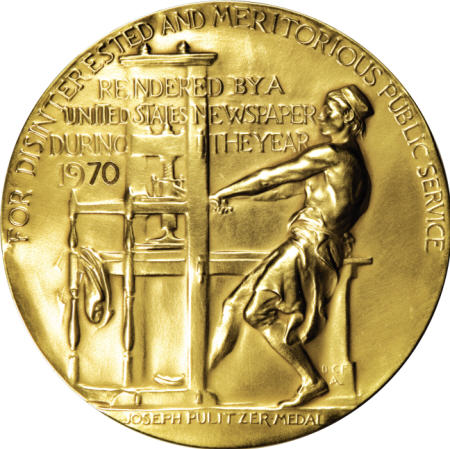 For "a stellar example of collaborative reporting by two news organizations that revealed escalating violence and neglect in Florida mental hospitals and laid the blame at the door of state officials," the 2016 Pulittzer Prize for Investigative Reporting was awarded to three journalists: Leonora LaPeter Anton and Anthon Cormier of the Tampa Bay Times, and Michael Braga of the Sarasota Herald-Tribune. The text of the collaborative report began by stating that “Florida’s state-funded mental hospitals are supposed to be safe places to care for people who are a danger to themselves or others. But years of neglect and deep budget cuts transformed them into treacherous warehouses where violent patients roam the halls with no supervision and workers are left on their own to oversee dozens of people. Now, no one is safe inside." The prize-winning study was entitled “Insane. Invisble. In Danger.” It was first published on November 1, 2015. A link to the full text of the investigative report is provided below. [Full Text]
Login Or Register To Read Full Story
Login Register