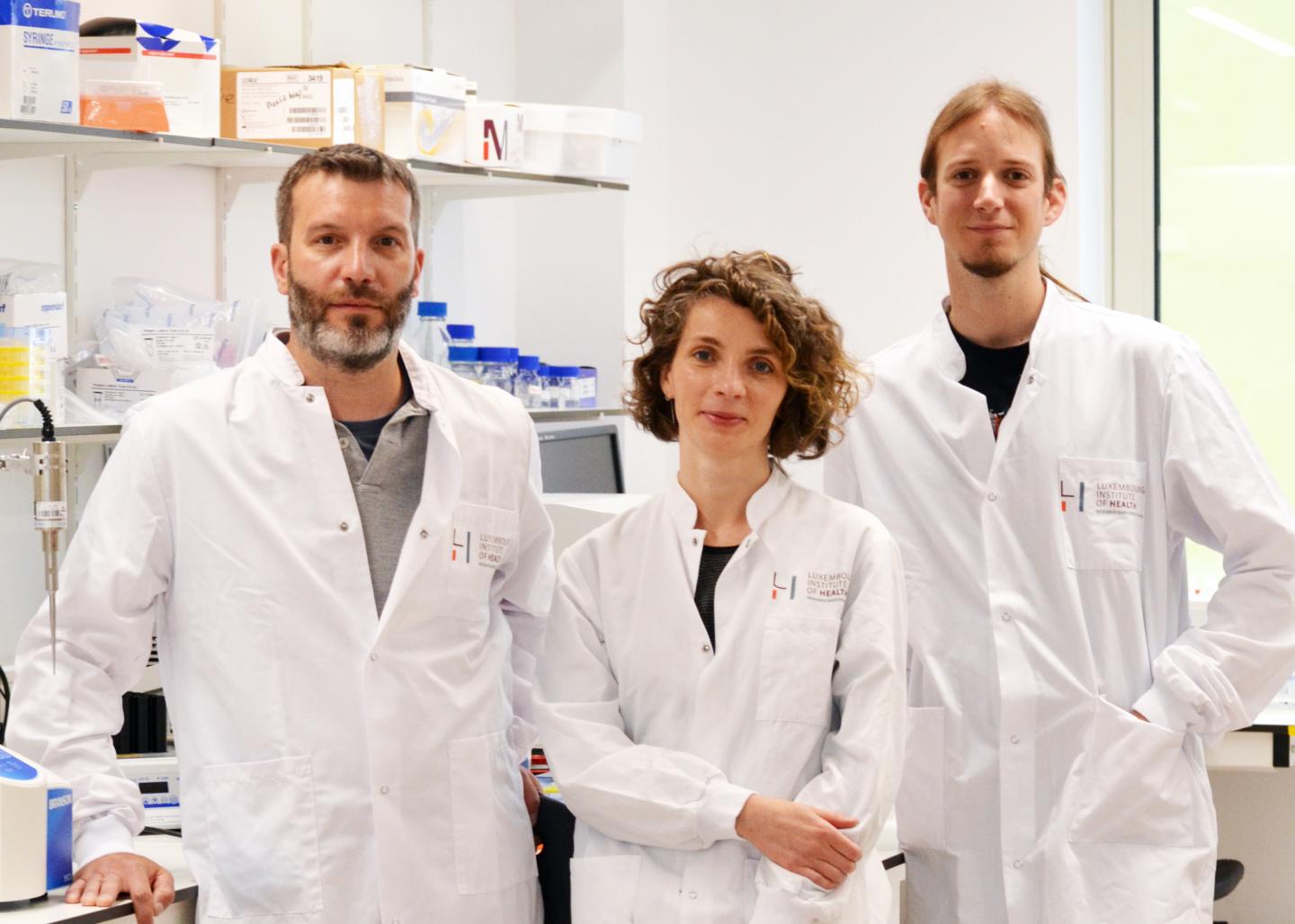 Researchers at the Department of Infection and Immunity of the Luxembourg Institute of Health (LIH) have developed LIH383, a novel molecule that binds to and blocks a previously unknown opioid receptor in the brain, thereby modulating the levels of opioid peptides produced in the central nervous system (CNS) and potentiating their natural painkilling and antidepressant properties. Opioid peptides are small proteins that act as neuromodulators by interacting with four “classical” opioid receptors on the surface of CNS cells, playing a key role in mediating pain relief, but also emotions such as euphoria, anxiety, stress, and depression. The molecule was developed by Andy Chevigné (at left in photo), PhD, Head of Immuno-Pharmacology and Interactomics at LIH, and his team, based on their previous research that had identified the atypical chemokine receptor ACKR3 as a novel opioid receptor which binds to natural opioids and “traps” them, thereby dampening their analgesic and antianxiety activity. These findings were published on June 19, 2020 in Nature Communications, carrying important implications for the development of a novel class of drugs for pain, depression, and brain cancer treatment. The open-access article is titled “The Atypical Chemokine Receptor ACKR3/CXCR7 Is a Broad-Spectrum Scavenger for Opioid Peptides.” Opioid-related disorders such as severe pain are, currently, predominantly treated through drugs that act on the opioid system. Opioid prescription drugs against pain -- including morphine, oxycodone, and fentanyl -- work by targeting and activating opioid receptors, preventing the natural “pain message’’ from being transmitted, altering pain perception, and consequently resulting in painkilling effects.
Login Or Register To Read Full Story
Login Register