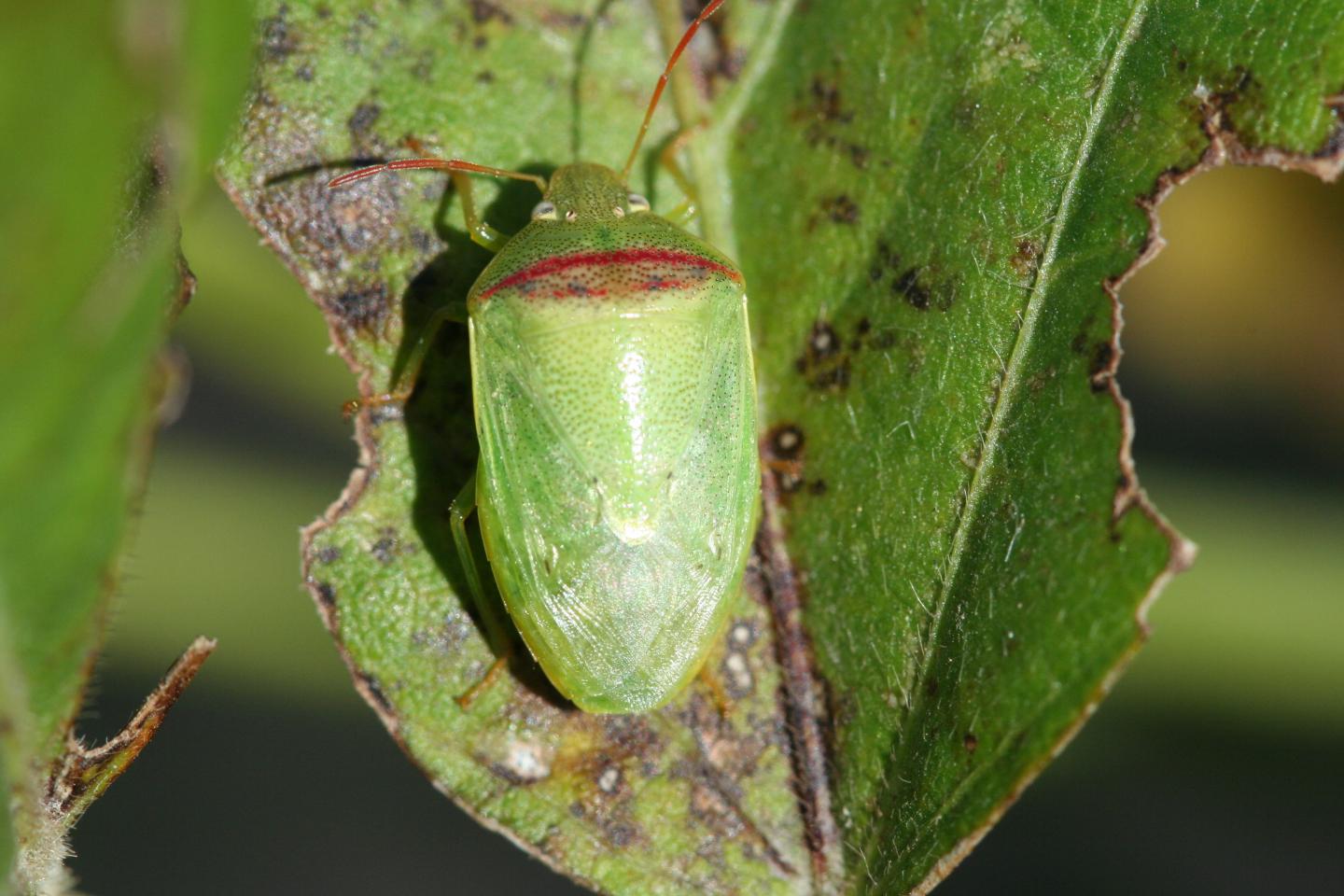 Entomologists in Texas got a whiff of a new stink bug doing economic damage to soybeans in Texas and are developing ways to help farmers combat it, according to a report in the journal Environmental Entomology. The article is titled “Stink Bug Species Composition and Relative Abundance of the Redbanded Stink Bug (Hemiptera: Pentatomidae) in Soybean in the Upper Gulf Coast Texas.” Various types of stink bugs have long been a problem for soybean crops, but when sweeps of fields in southeast Texas netted 65 percent redbanded stink bugs, entomologists realized this particular bug had become the predominant pest problem, according to Dr. Mo Way, an entomologist at the Texas A&M AgriLife Research and Extension Center in Beaumont. The problem was no one in the U.S. knew much about the redbanded stink bug or how it had been able to overcome the previously predominant southern green stink bug, green stink bug and brown stink bug, Way said. An insect's life cycle and biology have to be understood before scientists can figure out ways to control it. Texas farmers plant a little less than 200,000 acres of soybeans a year, according to the U.S. Department of Agriculture's National Agricultural Statistics Service. "The redbanded stink bug has been a serious pest of soybeans in South America since the 1960s," said Dr. Suhas Vyavhare, a postdoc at the Beaumont center, who began his work on the insect as a graduate student there."It was never a problem in the United States until around 2000.
Login Or Register To Read Full Story
Login Register