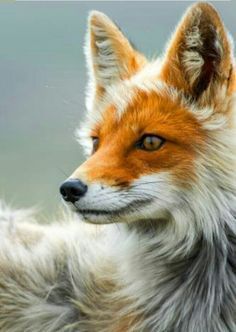 For nearly 60 years, the red fox has been teaching scientists about animal behavior. In a long-term experiment, foxes at the Russian Institute of Cytology and Genetics have been selected for tameness or aggression, recreating the process of domestication from wolves to modern dogs in real time. On August 6, 2018, with the first-ever publication of the fox genome, scientists will begin to understand the genetic basis of tame and aggressive behaviors, which could shed light on human behavior, as well. The open-access article was published in Nature Ecology & Evolution and is titled “Red Fox Genome Assembly Identifies Genomic Regions Associated with Tame and Aggressive Behaviors," "We've been waiting for this tool for a very, very long time," says Dr. Anna Kukekova, Assistant Professor in the Department of Animal Sciences at the University of Illinois and lead author of the paper. She has been studying the famous Russian foxes since 2002. "In our previous work, we tried to identify regions of the fox genome responsible for tame and aggressive behavior, but these studies required a reference genome and all we could use was the dog genome. For us, the fox genome provides a much better resource for genetic analysis of behavior." After sequencing and assembling the fox genome, the team turned to the famous Russian foxes to look for genetic regions differentiating the tame, aggressive, and conventional populations - farm-raised foxes ancestral to the tame and aggressive populations but not bred for any particular behavioral trait. The researchers sequenced the genomes of 10 individuals from each population, then compared them to the full fox genome and each other.
Login Or Register To Read Full Story
Login Register