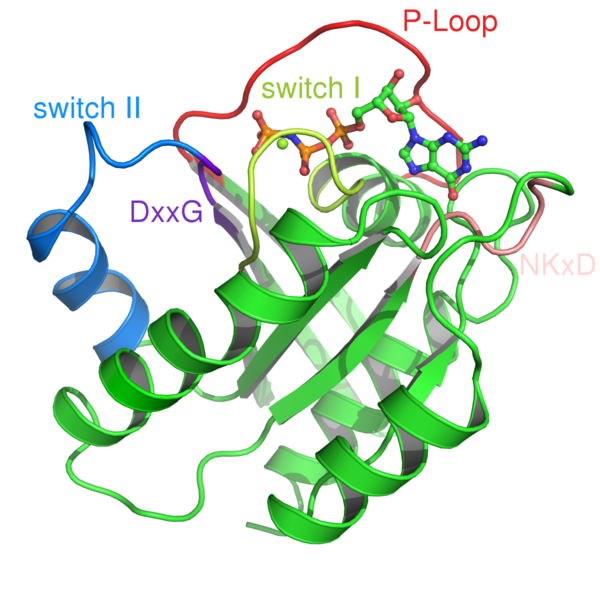 Biochemists at the Ruhr-Universität Bochum in Germany have gained new insights into the generation and maintenance of circadian rhythms. They have demonstrated that the Ras protein (image) is important for setting the phase of such a circadian clock, as its activity determines the period length of the rhythm. Ras is also contributing to induce phase-shifts in circadian rhythms in response to external time cues such as light. The team headed by Professor Dr. Rolf Heumann published its results online on March 12, 2015 in Molecular Neurobiology. The circadian clock “ticks” in every cell of the body; a central master clock, however, is located in the brain, more specifically in the suprachiasmatic nucleus (SCN) of the hypothalamus, which is old in evolutionary terms. Its activity determines the cycle’s period length, which is close to, but not exactly, 24 hours; it has to be continuously adjusted by external signals such as light, motor activity, or food intake to an exact 24-hour rhythm. Such regulation is the result of many proteins acting and interacting in various signal cascades. A central switch for such signal cascades is the Ras protein, which is present either in its active or in its inactive form. The group from Bochum demonstrated in mice that Ras activity in the SCN is high during the day and low during the night. Moreover, Ras activity was increased after brief exposure to light during the night. In collaboration with a Frankfurt-based team, headed by Professor Dr. Jörg Stehle, the researchers from Bochum also studied the phenomenon in genetically modified mice, whose Ras activity is increased exclusively in neurons of the brain. They found that the activity in the SCN oscillated with a significant shorter period than 24 hours – additional evidence for the relevance of Ras for the circadian rhythm.
Login Or Register To Read Full Story
Login Register