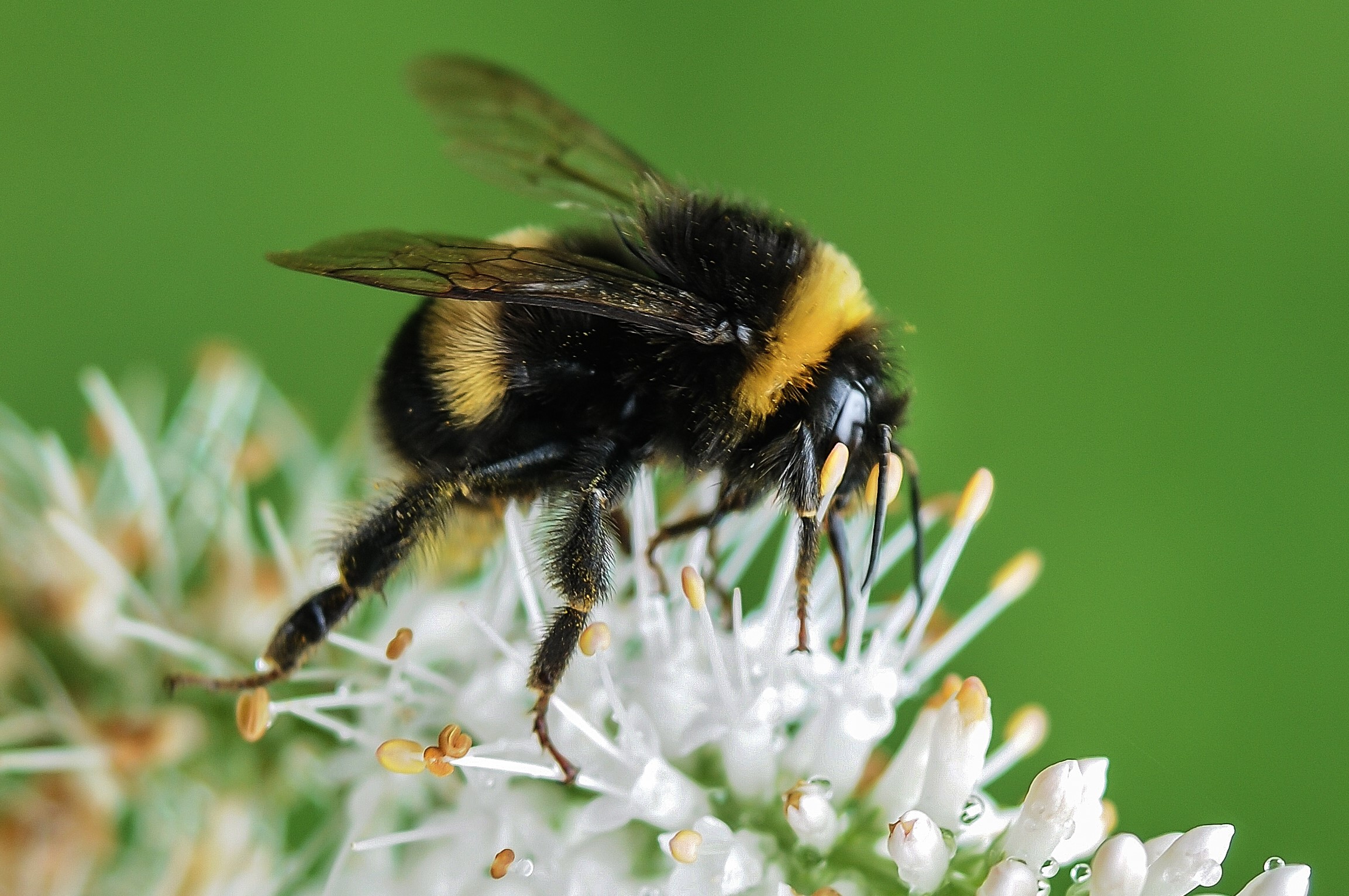 Bumblebees can learn to pull strings for food and pass on the ability to a colony, according to researchers at Queen Mary University of London (QMUL). Pulling strings to obtain food is an experiment often used to test the intelligence of apes and birds, but this is the first time this technique has been discovered in an insect. Moreover, the cultural spread of such a technique from a single informed individual has also been described for the first time in an invertebrate animal. The results, published online on October 4, 2016 in the open-access journal PLOS Biology, show that rare “innovator” bees were able to solve the problem of pulling the string to reach a sugar water reward by themselves, while most others could learn to pull the string when trained in a stepwise fashion. Naïve bees were able to learn the task by observing a trained demonstrator bee. The authors noted that previously naïve observer bees could first acquire the technique by interacting with skilled individuals and, subsequently, themselves become demonstrators for the next “generation” of learners, so that the longevity of the skill in the population could outlast the lives of informed foragers. The open-access PLOS Biology article is titled “Associative Mechanisms Allow for Social Learning and Cultural Transmission of String Pulling in an Insect.” Dr. Sylvain Alem, lead author of the study, said: “We found that when the appropriate social and ecological conditions are present, culture can be mediated by the use of a combination of simple forms of learning. Thus, cultural transmission does not require the high cognitive sophistication specific to humans, nor is it a distinctive feature of humans.” Dr.
Login Or Register To Read Full Story
Login Register