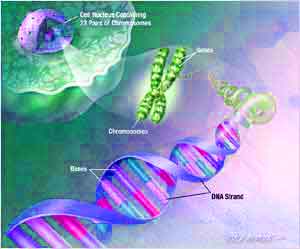 New genomic analyses suggest that the most common genetic variants in the human genome aren't the ones most likely causing disease. Rare genetic variants, the type found most often in functional areas of human DNA, are more often linked to disease, genetic experts at Duke University Medical Center report. The study was published online in the American Journal of Human Genetics on March 31, 2011. "The more common a variant is, the less likely it is to be found in a functional region of the genome," said senior author Dr. David Goldstein, director of the Duke Center for Human Genome Variation. "Scientists have reported this observation before, but this study is the most comprehensive effort to date using annotations of the functional regions of the human genome and fully sequenced genomes." Dr. Goldstein said that "the magnitude of the effect is dramatic and is consistent across all frequencies of variants we looked at." He also said he was surprised by the notable consistency of the finding. "It's not just that the most rare variants are different from the most common, it's that at every increase in frequency, a variant is less and less likely to be found in a functional region of the DNA," Dr. Goldstein said. "This analysis is consistent with what appears to be a growing consensus that common variants are less important in common diseases than many had originally thought." The researchers established simple criteria to learn which genetic variants were functional, based on their locations. They looked at the regions in genes that make proteins and also functional regions that influence the expression of proteins. The scientists sequenced the complete genomes of 29 people (of European origin) to assess the relationship between the functional properties of the variants and their population allele frequencies.
Login Or Register To Read Full Story
Login Register