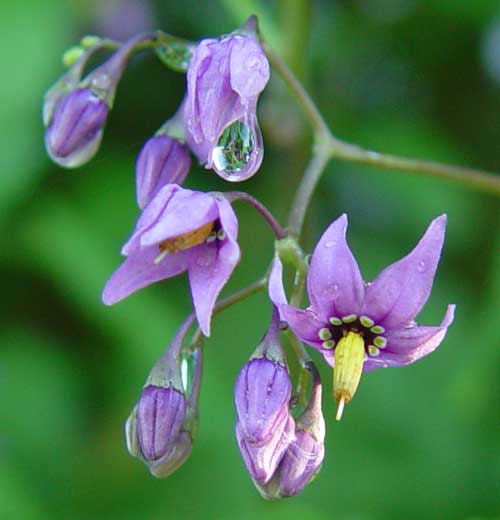 In a recent issue of Biological Psychiatry, researchers from the NIH have reported that a medication called scopolamine appears to produce replicable rapid improvement in mood in patients with unipolar depression. Scopolamine temporarily blocks the muscarinic cholinergic receptor, thought to be overactive in people suffering from depression. Previously, the NIH team had demonstrated scopolamine’s anti-depressive effect in both unipolar and bipolar depression. The current study replicates these findings in an independent sample of unipolar depression patients. Conventional antidepressant treatments generally require three to four weeks to become effective, thus the discovery of treatments with a more rapid onset is a major goal of biological psychiatry. The authors noted that the first drug found to produce rapid improvement in mood was the synthetic NMDA glutamate receptor antagonist known as ketamine. Scopolamine is an alkaloid compound obtained from plants of the nightshade family (Solanaceae), such as henbane, jimson weed, Angel's Trumpets, corkwood, and belladonna (“deadly nightshade”). "Scopolamine was found to reduce symptoms of depression within three days of the first administration. In fact, participants reported that they experienced relief from their symptoms by the morning after the first administration of drug," explained Dr. Maura Furey, co-author of the new report. "Moreover, one half of participants experienced full symptom remission by the end of the treatment period. Finally, participants remained well during a subsequent placebo period, indicating that the antidepressant effects persist for at least two weeks in the absence of further treatment.”
Login Or Register To Read Full Story
Login Register