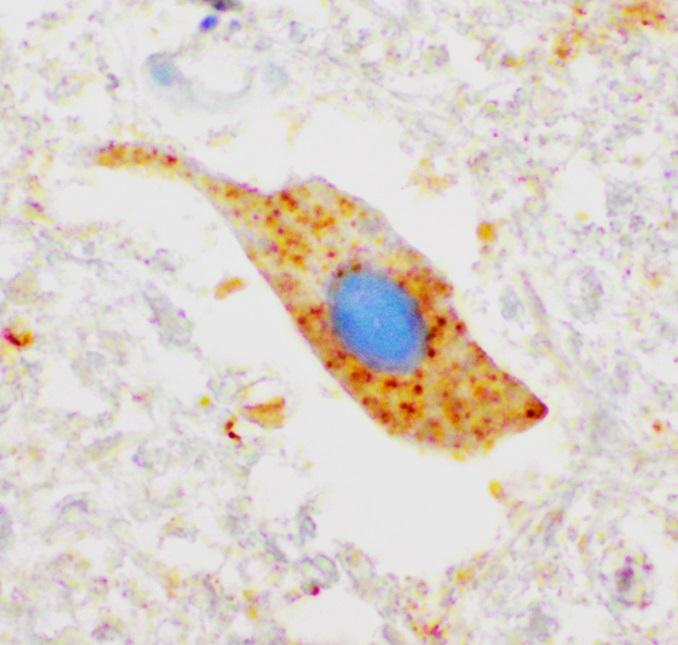 A mechanism for how the disease ALS (amyotrophic lateral sclerosis, also called Lou Gehrig’s disease) evolves has been illuminated at Umeå University, Sweden. This was reported in a September 4, 2018 release from Umeå University, Sweden. The discovery concerns how proteins with a defective structure spread the deformation to other proteins. This according to results in a new thesis. The findings can open up for novel pharmaceutical developments in the future. "We've been able to identify two different types of protein aggregates with different structures and propagation abilities. One type gave rise to a more aggressive disease progression, which shows that these aggregates are the driving force in the development of ALS," says Johan Bergh, MD, doctoral student at the Department of Medical Biosciences at Umeå University, Sweden. Together with the ALS group at Umeå University, Bergh has developed a method of investigating protein aggregates formed in ALS. With this new method, it has then been possible to identify the particular protein aggregates that are driving in the emergence of ALS. The protein that has been targeted is superoxide dismutase-1 (SOD1). It has long been known that mutations in that protein can cause ALS. The goal of the research team was to investigate the way in which the protein contributes to the disease. In several diseases afflicting the nervous system, such as in Alzheimer's and Parkinson's Disease, new studies show that some proteins assume an aberrant structure. Misfolded proteins aggregate and provoke other proteins of the same kind to assume the same structure. In this way, the disease spreads step by step into the nervous system. "Using the new method, we have shown and confirmed through animal models that the development of ALS follows the same principle as for other severe nervous disorders.
Login Or Register To Read Full Story
Login Register