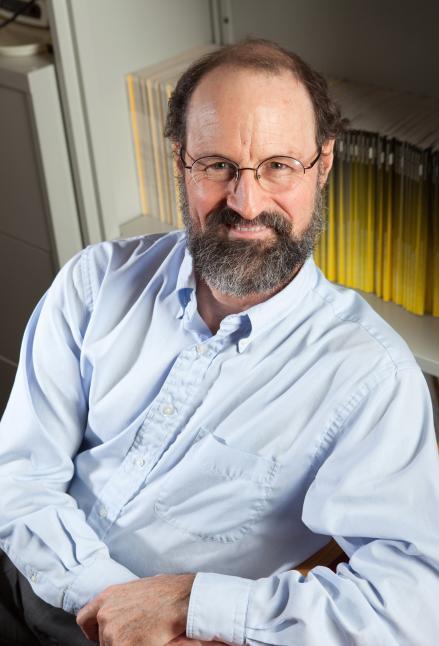 Michigan State University (MSU) researchers have discovered that a chemical compound, and potential new drug, reduces the spread of melanoma cells by up to 90 percent. The man-made, small-molecule drug compound goes after a gene's ability to produce RNA molecules and certain proteins in melanoma tumors. This gene activity in melanoma causes the disease to spread but the compound can shut it down. Up until now, few other compounds of this kind have been able to accomplish this. "It's been a challenge developing small-molecule drugs that can block this gene activity that works as a signaling mechanism known to be important in melanoma progression," said Richard Neubig (photo), M.D., Ph.D., Pharmacology Professor, Chairperson of Pharmacology/Toxicology at MSU, and co-author of the study. "Our chemical compound is actually the same one that we've been working on to potentially treat the disease scleroderma, which now we've found works effectively on this type of cancer." Scleroderma is a rare and often fatal autoimmune disease that causes the hardening of skin tissue, as well as organs such as the lungs, heart and kidneys. The same mechanisms that produce fibrosis, or skin thickening, in scleroderma also contribute to the spread of cancer. Small-molecule drugs make up over 90 percent of the drugs on the market today and Dr. Neubig's co-author Dr. Kate Appleton, a postdoctoral student, said the findings are an early discovery that could be highly effective in battling the deadly skin cancer. It's estimated about 10,000 people die each year from the disease. The new findings have been published in the January 2017 issue of Molecular Cancer Therapeutics.
Login Or Register To Read Full Story
Login Register