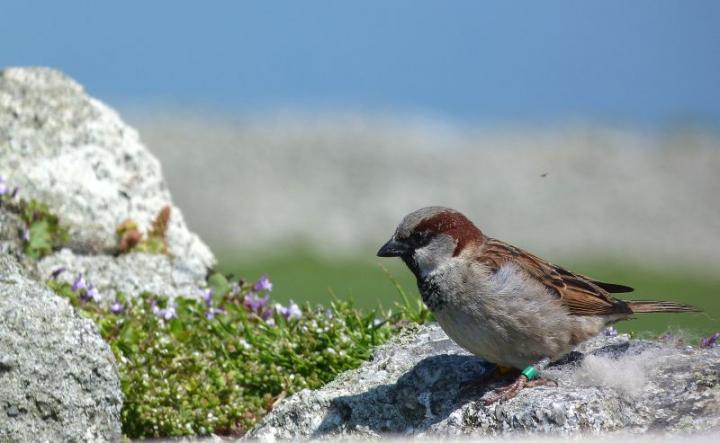 Reproduction at old age involves risks that may impact one's own life and may impose reduced biological fitness on the offspring. Such evidence, previously obtained in humans and other taxa under laboratory conditions, has now been confirmed by researchers from the Max Planck Institute for Ornithology in Seewiesen, Germany, together with colleagues from the UK and New Zealand for the first time in free-living animals. The results were published online on March 9, 2015 in PNAS, The article was titled “Reduced Fitness in Progeny from Old Parents in a Natural Population.” In a long-term study on a population of house sparrows they found that offspring of older parents themselves produced fewer young. Such a trans-generational effect is important for the understanding of the evolution of longevity. Fertility does not decrease in all taxa with increasing age, but may remain constant lifelong as is the case of some invertebrates or may even increase with increasing age as in some reptiles. Generally, both sexes are able to reproduce at old age, with males capable of producing more offspring than females. In some mammals, such as humans, male individuals remain fertile for a longer time compared to females that at some stage enter the menopause. However, reproducing at old age may incur risks such as a higher infant mortality or chromosomal anomalies. Moreover, children of old parents have themselves fewer offspring or have a shorter lifespan, which is commonly known as the "Lansing effect" that was demonstrated, not only in humans, but also in mice and some invertebrates in the laboratory, but never in free-living populations.
Login Or Register To Read Full Story
Login Register