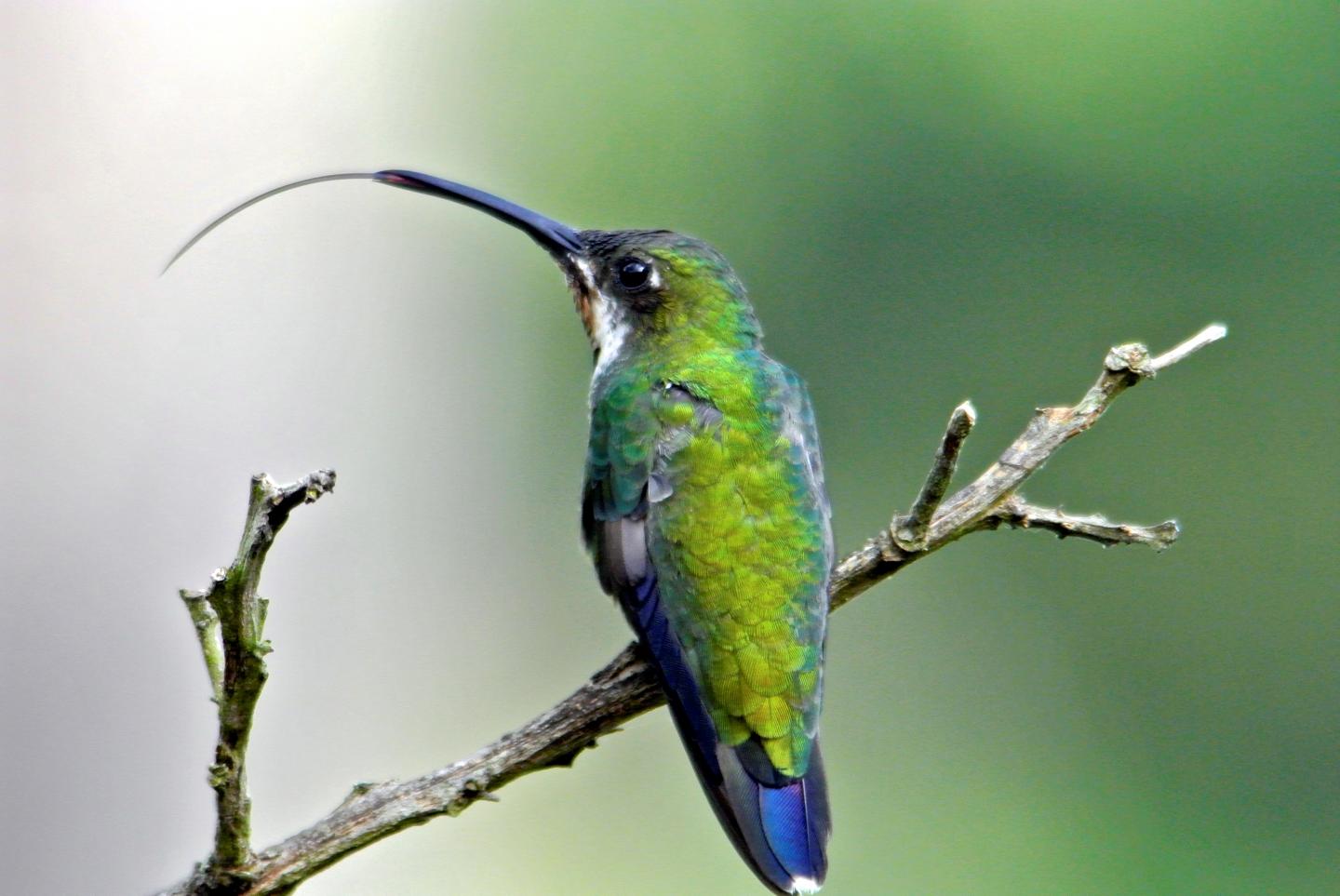 In a paper titled “Hummingbird Tongues Are Elastic Micropumps,” which is featured as the cover article of the August 22, 2015 print issue of Proceedings of the Royal Society B, Dr. Alejandro Rico Guevara and Dr. Margaret Rubega from the Department of Ecology and Evolutionary Biology and Dr, Tai-Hsi Fan from the School of Engineering, al at the University of Connecticut, say that fluid is actually drawn into the tongue by the elastic expansion of the tongues grooves after they are squeezed flat by the beak. The article was published online, ahead of print, on August 19, 2015. The new data shows that fifty years of research describing how hummingbirds and floral nectar have co-evolved will have to be reconsidered. What is actually taking place, the researcher report, is that during the off-loading of the nectar inside the bill, hummingbirds compress their tongues upon extrusion. The compressed tongue remains flattened until it contacts the nectar surface, after which the tongue reshapes, filling entirely with nectar. The expansive filling mechanism uses the elastic recovery properties of the groove walls to load nectar on the tongue in an order of magnitude that allows the hummingbirds to extract nectar at higher rates than are predicted by capillarity-based foraging models. Observations and measurements were taken from seven countries throughout the Americas where free-living, never handled hummingbirds were feeding at modified transparent feeders simulating nectar volumes and concentrations of hummingbird-pollenated flowers. The researchers measured 96 foraging bouts of 32 local birds belonging to 18 species from seven out the nine main hummingbird clads. In the hundreds of licks studied, the researchers observed capillarity only once, acting on a single tongue groove.
Login Or Register To Read Full Story
Login Register