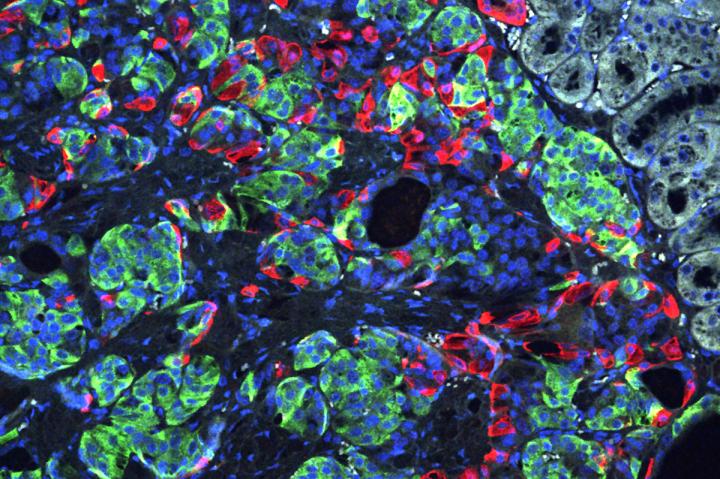 Using induced pluripotent stem cells (iPSCs) produced from the skin of patients with a rare, monogenic form of insulin-dependent diabetes called Wolfram syndrome, researchers transformed the human stem cells into insulin-producing cells and used the gene-editing tool CRISPR/Cas9 to correct the genetic defect that had caused the syndrome. They then implanted the cells into lab mice with streptozocin-induced diabetes and cured the generally unrelenting diabetes in those mice. The findings, from researchers at Washington University School of Medicine in St. Louis suggest the CRISPR/Cas9 technique may hold promise as a treatment for diabetes, particularly the forms caused by a single gene mutation, and it also may be useful one day in some patients with the more common forms of diabetes, such as type 1 and type 2. The study was published online on April 22, 2020 in Science Translational Medicine. The article is titled “Gene-Edited Human Stem Cell-Derived ß Cells from a Patient with Monogenic Diabetes Reverse Pre-Existing Diabetes in Mice.” Patients with Wolfram syndrome develop diabetes during childhood or adolescence and quickly require insulin-replacement therapy, requiring insulin injections multiple times each day. Most go on to develop problems with vision and balance, as well as other issues, and in many patients, the syndrome contributes to an early death. "This is the first time CRISPR has been used to fix a patient's diabetes-causing genetic defect and successfully reverse diabetes," said co-senior investigator Jeffrey R. Millman, PhD, an Assistant Professor of Medicine and of Biomedical Engineering at Washington University School of Medicine. "For this study, we used cells from a patient with Wolfram syndrome because, conceptually, we knew it would be easier to correct a defect caused by a single gene.
Login Or Register To Read Full Story
Login Register