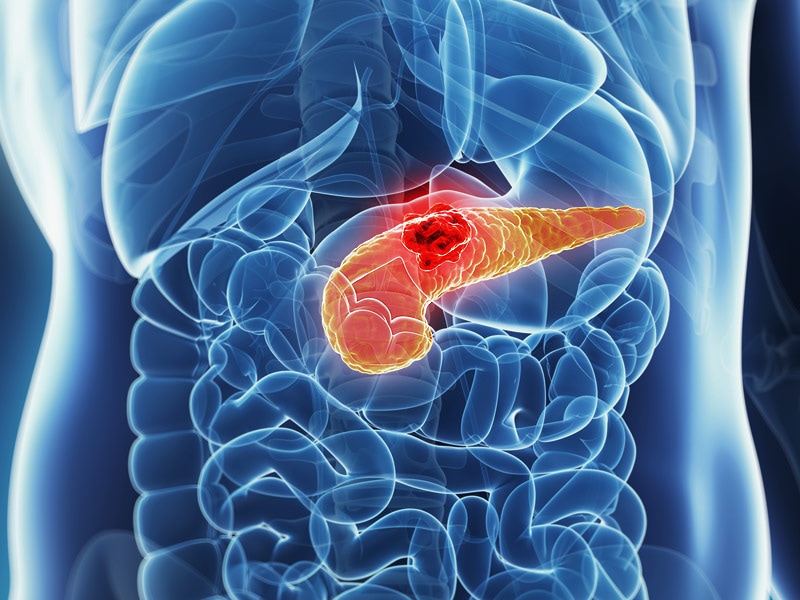 A multicenter team of researchers reports that a full genomic analysis of tumor samples from a small number of people who died of pancreatic cancer suggests that chemical changes to DNA that do not affect the DNA sequence itself yet control how it operates confer survival advantages on subsets of pancreatic cancer cells. Those advantages, the researchers say, let such cancer cells thrive in organs like the liver and lungs, which receive a sugar-rich blood supply. In a summary of the study, published online on January 16, 2017 in the journal Nature Genetics, the research teams also report evidence that an experimental drug -- not approved for human use -- can reverse these "epigenetic" changes to block tumor formation in lab-grown pancreatic cancer cells. The article is titled “Epigenomic Reprogramming During Pancreatic Cancer Progression Links Anabolic Glucose Metabolism to Distant Metastasis.” These findings may lead to more effective treatment strategies against metastatic pancreatic cancer, which is universally lethal. "What we found astonished us," says study leader Andrew Feinberg, M.D., Bloomberg Distinguished Professor of Epigenetics at The Johns Hopkins University and a Johns Hopkins Kimmel Cancer Center member. "Changes in genes' regulation -- not in the DNA sequence of genes themselves -- were the driving force behind successful metastases in our experiments, and, as far as we know, this is the first genomewide experimental evidence for this phenomenon." Metastasis, or cancer spread by the formation of tumors at new sites, is generally what makes cancers deadly because surgery and other treatments are unlikely to find and destroy every cancer cell. That is particularly true, Dr. Feinberg says, for pancreatic cancer, which usually goes undetected until after it has spread.
Login Or Register To Read Full Story
Login Register