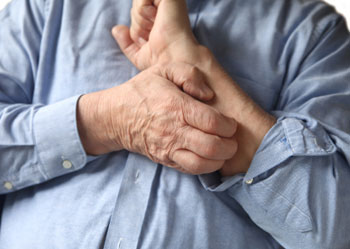 Sensing pain is extremely unpleasant and sometimes hard to bear, and pain can even become chronic. The perception of pain varies significantly depending on the context in which it is experienced. 50 years ago, neurobiologist Dr. Patrick Wall and psychologist Dr. Ronald Melzack formulated the so-called "Gate Control Theory" of pain. The two researchers proposed that inhibitory nerve cells in the spinal cord determine whether a pain impulse coming from the periphery, such as the foot, is relayed to the brain or not. A team headed by Dr. Hanns Ulrich Zeilhofer from the Institute of Pharmacology and Toxicology at the University of Zurich (UZH) has now discovered which inhibitory neurons in the spinal cord are responsible for this control function: As the study published online on March 18, 2015 in an open-access article in Neuron shows, the control cells are located in the spinal dorsal horn and use the amino acid glycine as an inhibitory messenger. The Neuron article is titled “Targeted Ablation, Silencing, and Activation Establish Glycinergic Dorsal Horn Neurons As Key Components of a Spinal Gate for Pain and Itch.” With the aid of genetically modified viruses, the research group from UZH managed to specifically interfere with the function of these neurons in mice. They discovered that disabling the glycine-releasing neurons leads to an increased sensitivity to pain and signs of spontaneous pain. Moreover, Dr. Zeilhofer's team developed viruses that enable these specific pain-control cells to be activated pharmacologically. Mice treated with these viruses were less sensitive to painful stimuli than their untreated counterparts. Activating these nerve cells also alleviated chronic pain. And the surprising additional result: "Evidently, the neurons don't just control pain, but also various forms of itch," explains Dr. Zeilhofer.
Login Or Register To Read Full Story
Login Register