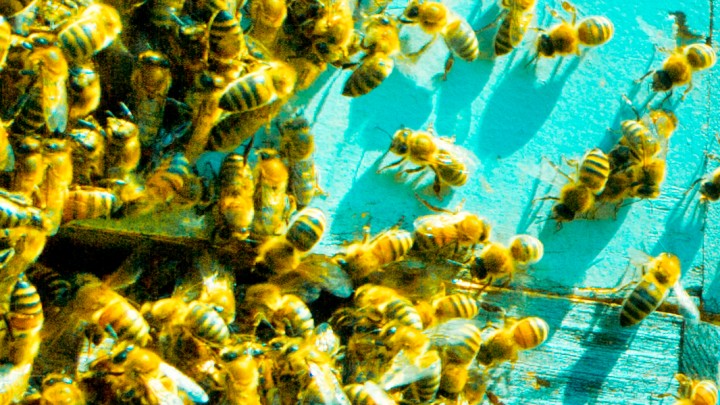 Each year, millions of deaths result from diseases transmitted by insects. A new study shows that more than half the people in some developing countries could become newly at risk for malnutrition if crop-pollinating animals -- like bees -- continue to decline. Despite popular reports that pollinators are crucial for human nutritional health, no scientific studies have actually tested this claim -- until now. The new research by scientists at the University of Vermont (UVM) and Harvard University has, for the first time, connected what people actually eat in four developing countries to the pollination requirements of the crops that provide their food and nutrients. "The take-home is: pollinator declines can really matter to human health, with quite scary numbers for vitamin A deficiencies, for example," says UVM scientist Dr. Taylor Ricketts who co-led the new study, "which can lead to blindness and increase death rates for some diseases, including malaria." It's not just plummeting populations of bees. Scientists around the world have observed a worrisome decline of many pollinator species, threatening the world's food supply. Recent studies have shown that these pollinators are responsible for up to forty percent of the world's supply of nutrients. The new research takes the next step. It shows that in some populations -- like parts of Mozambique that the team studied, where many children and mothers are barely able to meet their needs for micronutrients, especially vitamin A -- the disappearance of pollinators could push as many as 56 percent of people over the edge into malnutrition. The study, "Do Pollinators Contribute to Nutritional Health?" was led by Drs. Alicia Ellis and Dr. Ricketts at UVM's Gund Institute for Ecological Economics and by Dr.Samuel Myers at the Harvard School of Public Health.
Login Or Register To Read Full Story
Login Register