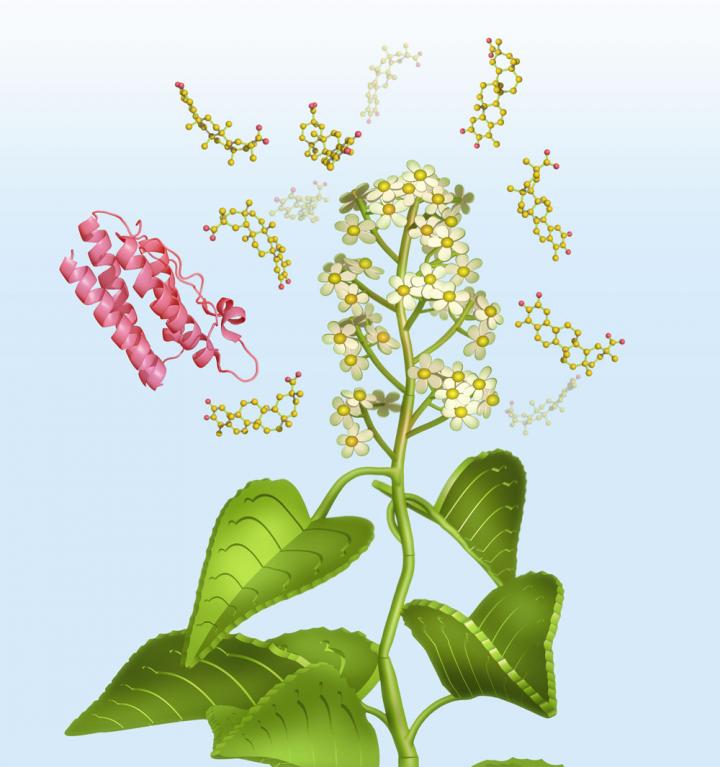 An extract from the thunder god vine (Tripterygium Wilfordi ), which has a long history of use in traditional Chinese medicine, reduces food intake and causes up to a 45% decrease in body weight in obese mice. The weight-loss compound, called Celastrol, is a pentacyclic triterpene extracted from the roots of Tripterygium Wilfordi that produces its potent effects by enhancing the action of an appetite-suppressing hormone called leptin. The findings, published in the May 21, 2015 issue of Cell, are an early indicator that Celastrol could be developed into a drug for the treatment of obesity. The Cell article is titled “Treatment of Obesity with Celastrol.” "During the last two decades, there has been an enormous amount of effort to treat obesity by breaking down leptin resistance, but these efforts have failed," says senior study author Dr. Umut Ozcan, an endocrinologist at Boston Children's Hospital and Harvard Medical School. "The message from this study is that there is still hope for making leptin work, and there is still hope for treating obesity. If Celastrol works in humans as it does in mice, it could be a powerful way to treat obesity and improve the health of many patients suffering from obesity and associated complications, such as heart disease, fatty liver, and type 2 diabetes." Leptin is a fat-cell-derived hormone that signals to the brain when the body has enough fuel and energy. Humans and mice that lack leptin signaling eat voraciously and become morbidly obese, suggesting that leptin-enhancing drugs may be effective for treating obesity. But leptin does not reduce hunger or food intake in obese individuals despite high levels of the hormone in the bloodstream, leading many researchers to speculate that leptin insensitivity is the root cause of obesity.
Login Or Register To Read Full Story
Login Register