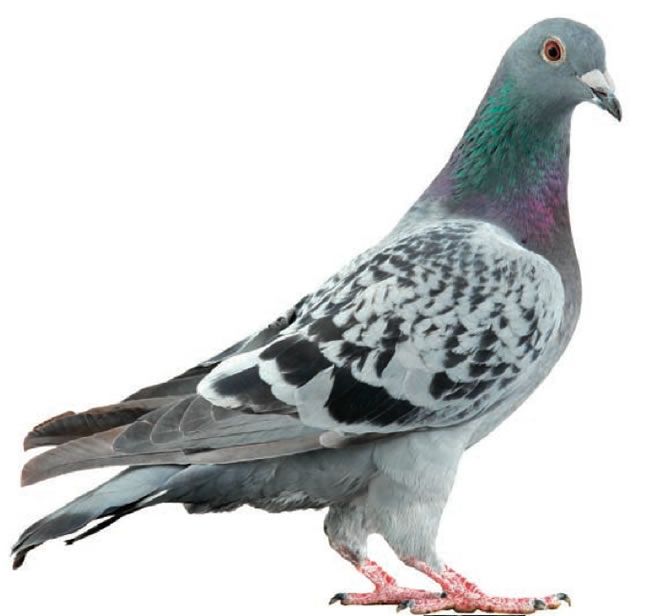 New research at the University of Iowa (UI) shows that pigeons can discriminate the abstract concepts of space and time--and seem to use a different region of the brain than humans and primates to do so. In experiments, pigeons were shown on a computer screen a static horizontal line and had to judge its length or the amount of time it was visible to them. Pigeons judged longer lines to also have longer duration and judged lines longer in duration to also be longer in length. What that means, says Dr. Edward Wasserman, Stuit Professor of Experimental Psychology in the Department of Psychological and Brain Sciences at UI, is that pigeons use a common area of the brain to judge space and time, suggesting that these abstract concepts are not processed separately. Similar results have been found with humans and other primates. The finding adds to growing recognition in the scientific community that lower-order animal species -- such as birds, reptiles, and fish -- are capable of high-level, abstract decision-making. "Indeed, the cognitive prowess of birds is now deemed to be ever closer to that of both human and nonhuman primates," says Dr. Wasserman, who has studied intelligence in pigeons, crows, baboons, and other animals for more than four decades. "Those avian nervous systems are capable of far greater achievements than the pejorative term 'bird brain' would suggest." Humans are able to perceive space and time, even without the aid of inventions such as a watch or a ruler. The region of the brain that helps humans make those abstract concepts more tangible is the parietal cortex, part of the cerebral cortex and the outermost layer of the brain.
Login Or Register To Read Full Story
Login Register